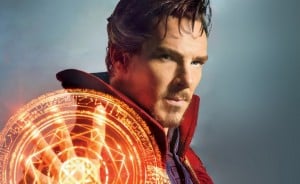 As the trailers have promised, Doctor Strange, Marvel’s latest, is going to promise elements and powers not seen in the Marvel Cinematic Universe prior. But that’s the beginning. According to director Scott Derrickson (Sinister), the upcoming superhero blockbuster will also introduce new dimensions as well.

ComicBook.com got the exclusive on the news when they spoke to the director on Friday at Comic-Con. Here’s what he told the website when asked about the brave new worlds set to be explored:

I think that the short answer is this is the movie where Marvel goes full weird. That full weirdness is written in the Ditko images, the Jack Kirby images, the early Doctor Strange comic book panels that are still to this day so mind blowing. What the comics did was, they brought with Doctor Strange an extra dimension into psychadelia, mysticism, and spirituality and all these very 60’s things and broke open the Marvel comic book universe into the Marvel multiverse. I think Doctor Strange is going to be the beginning of the Marvel Cinematic Multiverse. It’s really serving the same function that the comic did. Even though it was a weird aberration as a comic book, I think it was a real linchpin in the comics. It ended up being decades of new stories and I think this movie will do the same thing.

With the proper introduction of magic in the MCU, Doctor Strange will unquestionably change the landscape of the never-ending franchise and, hopefully, introduce other exciting superhero properties that fans only dreamed to see on the big screen. It’s also worth noting that Derrickson, unlike most Marvel directors besides Joss Whedon and James Gunn, also helped write the screenplay alongside the great C. Robert Cargill. So he’s clearly more involved and, therefore, more inspired by the property, and it shows.

But let’s not get ahead of ourselves just yet. We still have to wait until Doctor Strange wields his way into theaters on November 4 before we can begin to imagine such sorcery. But until then, it’s fun to dream about the now-infinite possibilities.