DC Universe’s Doom Patrol continues to be one of the strangest superhero shows of all time and a new image introduces Danny the Street.

Doom Patrol has already introduced some of the more obscure DC characters and this week’s episode will feature Grant Morrison’s Danny the Street. The upcoming Doom Patrol episode is titled “Danny Patrol” and the show’s official synopsis describes Danny the Street as, “A sentient, gender-queer, teleporting street named Danny who’s being hunted by the secret Bureau of Normalcy needs help from Niles — but gets Vic and Larry instead.” A new image for the upcoming Doom Patrol episode has now been released and offers the first look at Danny the Street. You can check out the image below: 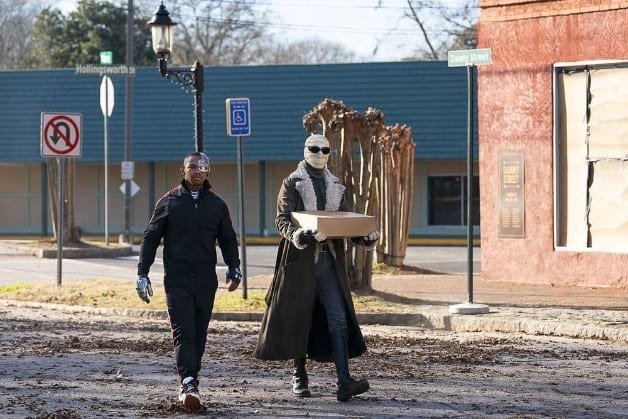 Have you been keeping up with Doom Patrol? Where does it rank among the other DC shows? Comment below!

Here is the synopsis for Doom Patrol: