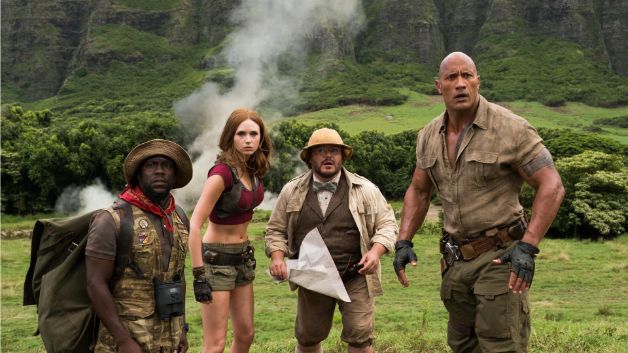 Dwayne Johnson has wrapped production for Jumanji: Welcome to the Jungle‘s sequel in Atlanta, Georgia and shares a message for fans.

Dwayne “The Rock” Johnson is one of Hollywood’s most charismatic actors and the star appears to have finished production for the Atlanta portion of the Jumanji sequel. The first film, Jumanji: Welcome to the Jungle became an unexpected hit that contained many laughs and nods to the original Jumanji film starring the late Robin Williams. The first Jumanji film in 1995 centered on the adventures that came from a dangerous board game, while the 2017 sequel Jumanji: Welcome to the Jungle decided to go the video game route and it sure paid off in the end. Now, Dwayne Johnson has a message for fans regarding his role as Dr. Smolder Bravestone and wrapping production in Atlanta.

You can view his full message below:

Dwayne Johnson was one of Jumanji: Welcome to the Jungle‘s biggest highlights due to Dwayne Johnson’s ability to capture a child-like manner and charisma. Dwayne Johnson is now moving on to new exotic locations for the Jumanji sequel that seem that will be taking our favorite video game characters into the desert, the jungle, and icy snow-capped mountains. The new Jumanji adventure will be one that fans of the films will not want to miss as there will be more locations unlike anything seen before in the Jumanji films.

What do you think of Dwayne Johnson’s message? Are you looking forward to the Jumanji sequel? Share your thoughts below!

Based on the children’s book of the same name by Chris Van Allsburg, the Jumanji franchise has followed the misadventures of characters who find themselves plagued by a magical game. The 1995 film starred Robin Williams in the lead role and followed the book’s story of wild jungle animals invading the real world while the sequel updated the concept to follow a group of teens who are transported to the world of Jumanji through a video game.

The Jumanji sequel will be released in theaters on December 13, 2019.