Although the WandaVision crew held a wrap party for the Disney plus series earlier this year, it seems work on the series starring Elizabeth Olsen and Paul Bettany has begun again after the shutdown, which has severely affected the film and TV industry. A new report from The Direct pieces together information from one of the camera crew which suggests Marvel Studios has resumed work on WandaVision in California.

As The Direct reported, camerawoman Torey Lenart recently posted a picture on her Instagram story which showed a blurry photo of various suitcases and equipment. The crew member captioned the photo “We back!” and since the last project Lenart worked on (according to her IMDB page) was WandaVision, it makes sense that the camerawoman has returned to finish production. Although Lenart’s Instagram is private, The Direct noted that another photo she posted was tagged at Sequoia National Park in California. Since the Elizabeth Olsen series is rumored to be filming in Los Angeles, it all lines up. Since the crew already held the wrap party, hopefully this means there isn’t much left to do on the series and WandaVision will still make its 2020 release date. Take a look at the photo from Lenart’s Instagram story below. 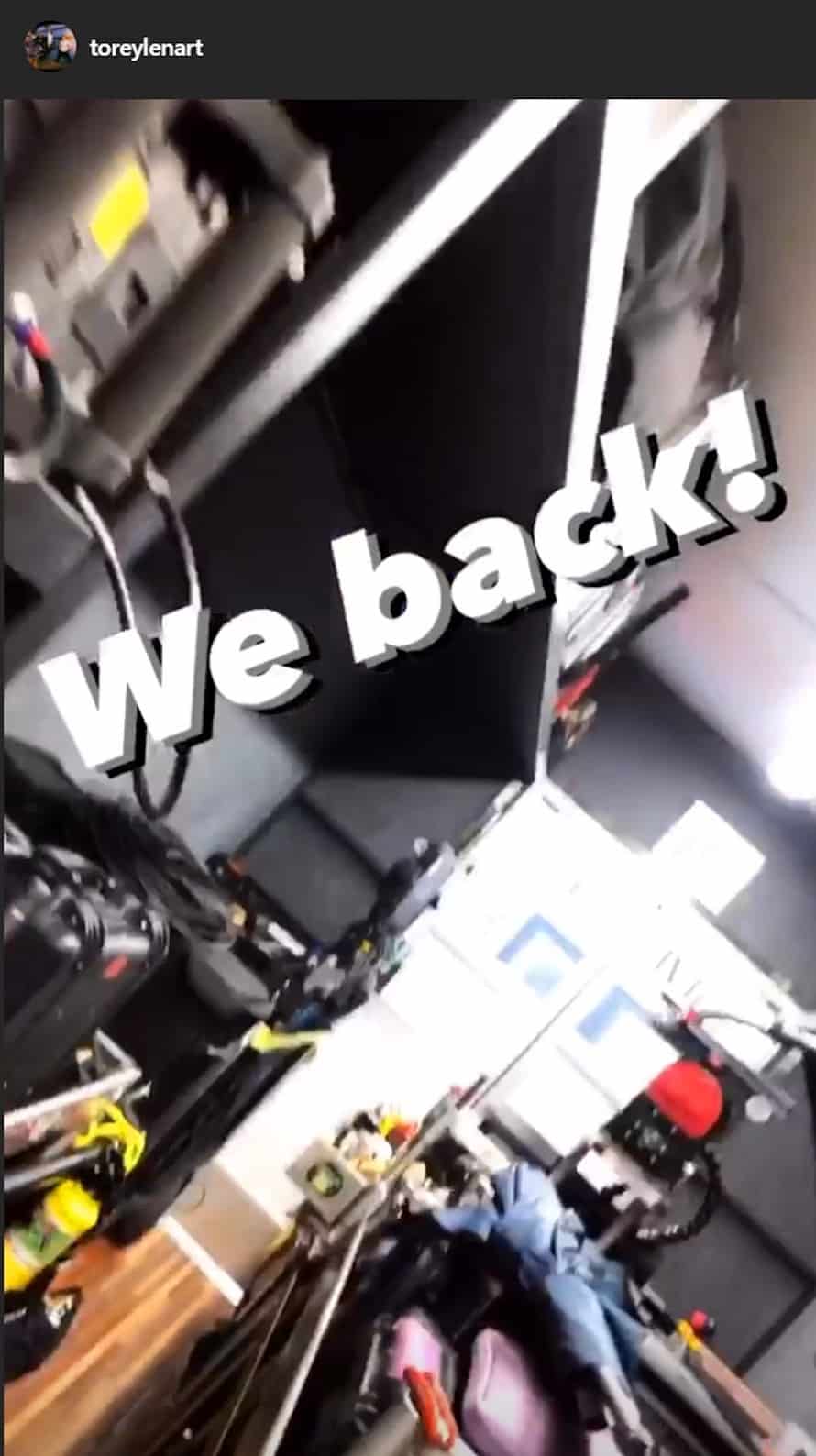 What do you make of the news regarding WandaVision? Do you think it’ll still arrive on Disney Plus later this year or should it get pushed to 2021? Sound-off in the comments below!

WandaVision is set to premiere on Disney Plus in 2020. Stay tuned to Heroic Hollywood for all the latest news surrounding the Marvel Cinematic Universe and be sure to subscribe to our YouTube channel for exclusive video content!