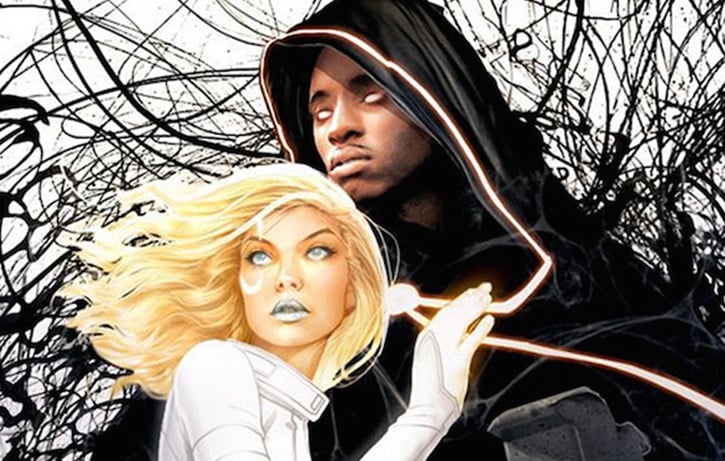 A day after if was revealed that Olivia Holt and Aubrey Joseph had been cast as Cloak and Dagger in Freeform’s series of the same name, new production start dates were also released. As previously reported, both Cloak and Dagger and Runaways will start filming in February, but new dates were given.

According to My Entertainment World, Marvel’s Cloak and Dagger will begin filming on February 13, ahead of the Winter 2018 release window. Marvel and Hulu’s Runaways series is also listed on the site with the same supposed start date although very little is known about the project.

Back in April it was confirmed that Freeform had picked Cloak and Dagger up to series after years of interest, but the casting was the first bit of news since then. The synopsis for the program is below:

Arriving at Manhattan’s Port Authority Bus Terminal, a penniless Tyrone considered robbing Tandy Bowen, a rich girl who had also run away from home; yet when someone else robbed her first, Tyrone impulsively tackled the thief and returned Tandy’s purse. The two teens became fast friends. When the naïve Tandy accepted an offer of shelter from some strange men, a wary Tyrone went along to protect her; however, the two teens were soon forcibly delivered to criminal chemist Simon Marshall.

Marvel’s Runaways on the other hand has practically no known information besides a few quotes from the series order in August. However, the comic series (created by Brian K. Vaughan and Adrian Alphona) focuses on the children of super villains in the Marvel Universe and their mission to stop their parents after finding out this secret.

At the time of the series pickup, it was confirmed that Josh Schwartz and Stephanie Savage would be heading the series. Marvel Head of TV, Jeph Loeb said:

“We’ve known the Runaways‘ story would make great television and being lucky enough to have Josh and Stephanie — who have time and again created shows that speak so genuinely to this exact audience — write and produce the series is nothing short of remarkable.”

Which upcoming Marvel series are you most looking forward to? Let us know in the comments, and keep checking Heroic Hollywood for more news on Marvel TV.