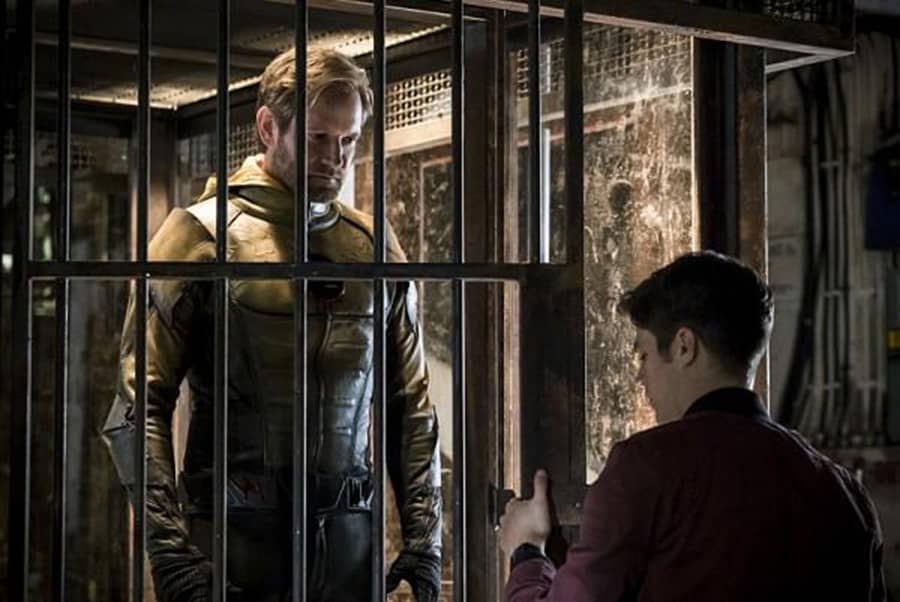 The Flash is back with its third season, and just the idea of its premier episode was in itself a major easter egg: Flashpoint, based loosely off of the Flashpoint Paradox comic story line. Aside from the overall plot of the episode being one giant easter egg, the first episode of season 3 was chalk full of easter eggs and nods to comic fans in the normal Flash manner. Aside from the Reverse-Flash aptly naming the event Flashpoint (which was first revealed over the summer), a significant number of the additional easter eggs from the episode were also previously revealed during this summer's SDCC Comic Con trailer, but there were still a few surprises in store for fans of the comics.

Scroll through the next few pages to check out the top five easter eggs from tonight's episode of The Flash. Also, make sure to check out Heroic Hollywood's review of the episode, right here. Edward Clariss, aka The Rival, is the first villain we encounter in The Flash's third season, and appears to be a formidable foe for Wally West in the new timeline. The Rival is a classic villain from the comics and served as an antagonist to the Golden Age Flash, Jay Garrick. He was first introduced all the way back in 1949 and wore a darker version of the original Flash suit. The Rival from the show acts as the antagonist of the premier episode, and turns out to be a force to be reckoned with. He has already mastered all of Barry's powers, like throwing lightning and creating tornados, and even punctures Wally through the chest at one point while taking on Wally and Barry at the same time. Even though the character isn't anything like the comic incarnation, he is certainly a worthy bad guy for the first episode of the season. Definitely better than last season's laughable Atom Smasher.

We've known since SDCC's reveal that Wally West would in fact be Kid Flash during the premier episode, complete with yellow and red uniform, but it was just so much fun to hear Barry say it out loud. When Iris and Wally reveal their brother/sister crime fighting duo, Barry goes out of his way to correct Wally when he calls himself The Flash by calling him "Kid Flash" instead. Wally isn't thrilled with the name and mentions he'd prefer if nobody called him that again, much the same way Roy Harper shot down the name Speedy in season two of Arrow. Granted, this happens before Barry reveals himself as The Flash. After Barry revels himself  as The Flash, the Kid Flash name sticks throughout the rest of the episode... until, you know, that pole incident with The Rival.

Candice Patton said in a recent interview that fans who saw the pilot would notice some similarities in the premier of the third season. In the interview she made it sound like the relationship between Barry and Iris would be what is similar to the pilot, but in actuality it was the fight with The Rival that was most reminiscent of the series' first episode. In the final third of Flashpoint, The Rival pulls a straight up Weather Wizard and creates two tornados to use against Barry. Little did The Rival know that these tornados were just like the tornado from the pilot episode. Barry easily "unraveled" the tornados by running opposite of their spin direction, just like he did in the pilot. To add more fuel to the fire, Flashpoint Cisco even pulled a normal-timeline Cisco and gave The Rival a second nickname in response to the tornados, the Weather Wizard. The villain in the pilot episode happened to be the brother of the real Weather Wizard. Coincidence? I think not. 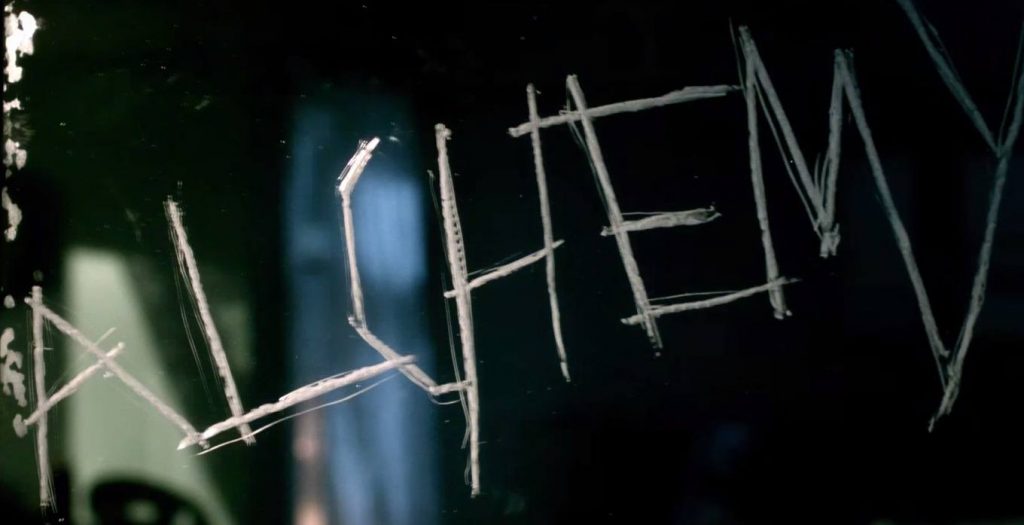 The Flash just wouldn't be The Flash without the obligatory final scene big-bad teaser. In a routine made popular by the series' first season and Harrison Wells, the final scene of the third season premier introduces Dr. Alchemy. In the scene, Edward Clariss (The Rival) was seen sleeping in his bed in what was presumably the original timeline. He was woken up as Dr. Alchemy called to him and he was drawn to a mirror in his bedroom, only to reveal the name of the big bad scratched in the glass. Could this mean that Clariss from the original timeline is now going to be The Rival from the new timeline, or will he be an entirely different character? And it also makes me wonder - how large of a role will the season's second big bad, Savitar, play in all of this?

5. Joe Is Pretty Much Thomas Wayne 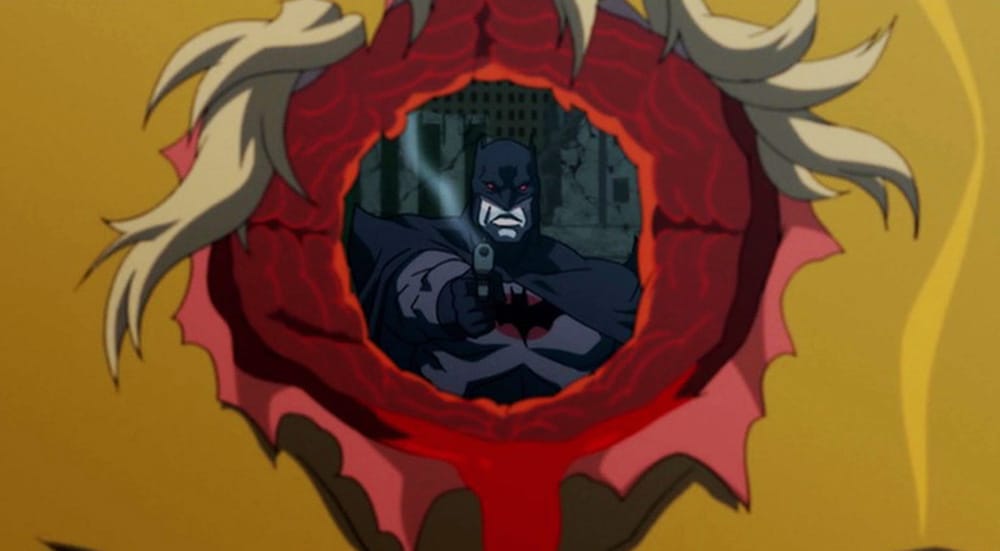 In my personal favorite Flashpoint easter egg, the show made a huge callback to an infamous scene from the animated movie (which took inspiration from a slightly altered scene in the comic story line). In the animated film, Reverse-Flash is just about to finish Barry near the end when out of nowhere Thomas Wayne pops in and shoots Thawne in the head. Now, the show wasn't nearly as graphic as showing a giant hole blown in The Rival's head, but Joe saved Barry from The Rival in the exact same fashion that Thomas saved him from Thawne in the animated version. It was a small nod that a lot of viewers who have never seen the animated film may have not caught, but it was there, and it was awesome. The only thing that could have been even more awesome is going the route of the original comic story line, which showed Thomas Wayne impaling Thawne through the chest... much in the way Wally was impaled earlier in the episode, come to think of it.

There you have it, the top 5 easter eggs from The Flash season 3 premier - Flashpoint. Did we miss anything you think should have been included in the list? Let us know below in the comments.