A brand new image from the upcoming series finale of Gotham reveals the first look at Ben McKenzie with Jim Gordon’s iconic mustache in the final episode.

The upcoming series finale of Gotham which will conclude FOX’s Batman prequel series will finally see David Mazouz complete his journey as he dons the Cape and Cowl and becomes Batman meanwhile Cameron Monaghan’s Jeremiah will become The Joker. The final episode will feature a 10-year time-jump giving us an older version of David Mazouz’s Bruce Wayne, early in his career as Batman along with Cameron Monaghan’s Joker who appears to be inspired by his Earth-2 form which first appeared in Justice League Of America Annual Vol. 3 # 1 back in 2008. 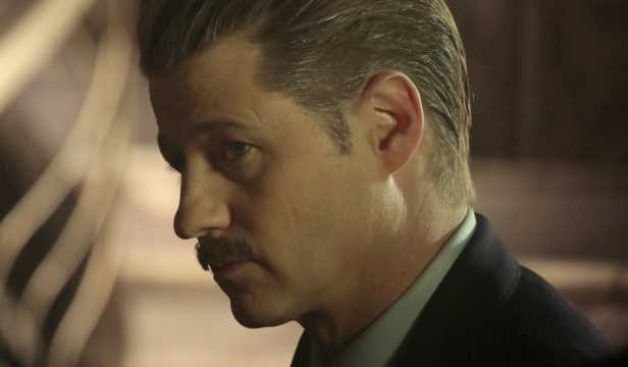 So what do you think? Are you excited to see Ben McKenzie will have Jim Gordon’s mustache in the series finale of Gotham? Are you sad to see the end of Ben McKenzie’s time as Jim Gordon? Let us know in the comments below!

The series finale of Gotham airs next week and you can read the official synopsis below!