Fans who have been waiting ten years for another Hellboy film will finally be getting one next year but it won’t be a sequel to 2008’s Hellboy 2: The Golden Army. The new film, which features Stranger Things star David Harbour in the titular role, will be a much bloodier, grittier adaptation of the comics.

Alice Monaghan and Major Ben Daimio will be joining Hellboy on his next big screen adventure. Entertainment Weekly has unveiled the first look at the two, who fans can check out in the image below. 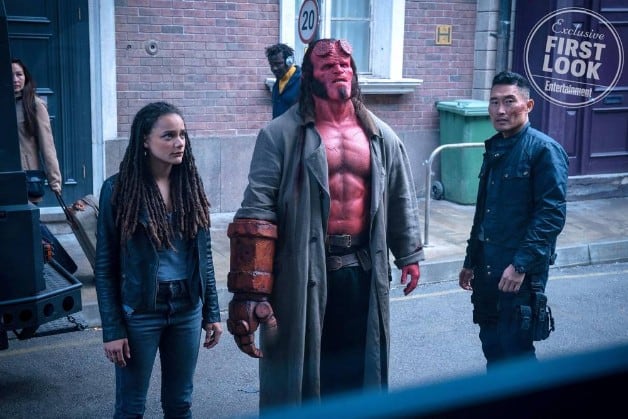 Fans may know actress Sasha Lane, who plays Alice Monaghan, from recent films such as American Honey, The Miseducation of Cameron Post, and Hearts Beat Loud. This will her first foray into comic book adaptations but not for Daniel Dae Kim, the actor portraying Major Ben Daimio. The actor had minor roles in Ang Lee’s Hulk and Sam Raimi’s Spider-Man 2.

We’ll be sure to keep you updated on all news regarding Hellboy as soon as more information becomes available. Are you excited to see Major Ben Daimio and Alice Monaghan coming to the big screen? Let us know your thoughts in the comments below!