Entertainment Weekly has revealed the first official still from the upcoming Fast & Furious spinoff film, Hobbs & Shaw. The new still showcases Dwayne “The Rock” Johnson and Jason Statham as the titular duo as they are side-by-side as they are ready to kick some ass.

You can check out the new still down below: 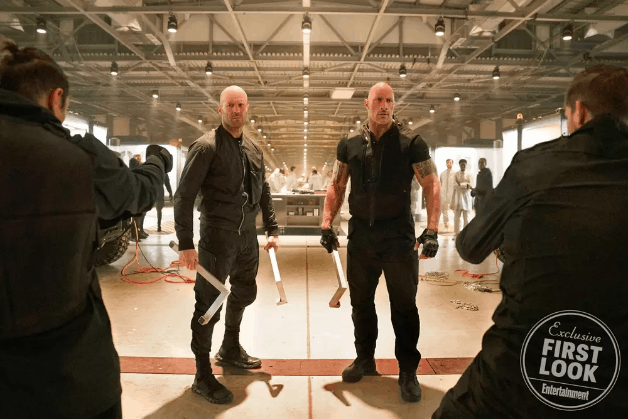 Many agree that one of, if not the biggest action highlight of The Fate of the Furious was the prison scene in which Hobbs & Shaw start a massive brawl among prisoners. That scene along with other moments throughout the film showcased the two action stars have impressive chemistry that would bode well for this spinoff film.

Plot details remain under wraps but the spin-off will feature an unlikely team-up between Johnson’s Hobbs and Statham’s Shaw after the franchise breakouts discovered an undeniable chemistry in the eighth film of the main series, The Fate of the Furious.

“A spinoff of The Fate of the Furious, focusing on Johnson’s US Diplomatic Security Agent Luke Hobbs forming an unlikely alliance with Statham’s Deckard Shaw.”