After IDW revealed a preview of Rob Liefeld’s Snake Eyes: Deadgame earlier this year, the company unveiled the impressive covers available for readers. Collectors will enjoy picking up all 36 covers for the new series which follows the assassin as he goes up against a mysterious new enemy looking to reveal classified information about his past. A new film focusing on the titular character is slated for release later this year starring Henry Golding and Samara Weaving.

The new covers for Snake Eyes: Deadgame pay homage to the long history of G.I. Joe, featuring a number of costumes and iconography that fans will instantly recognize. The story of the new series from IDW and Rob Liefeld will threaten the hero’s role on the team as his backstory will come back to haunt him. Take a look at the stunning covers for the new series below. 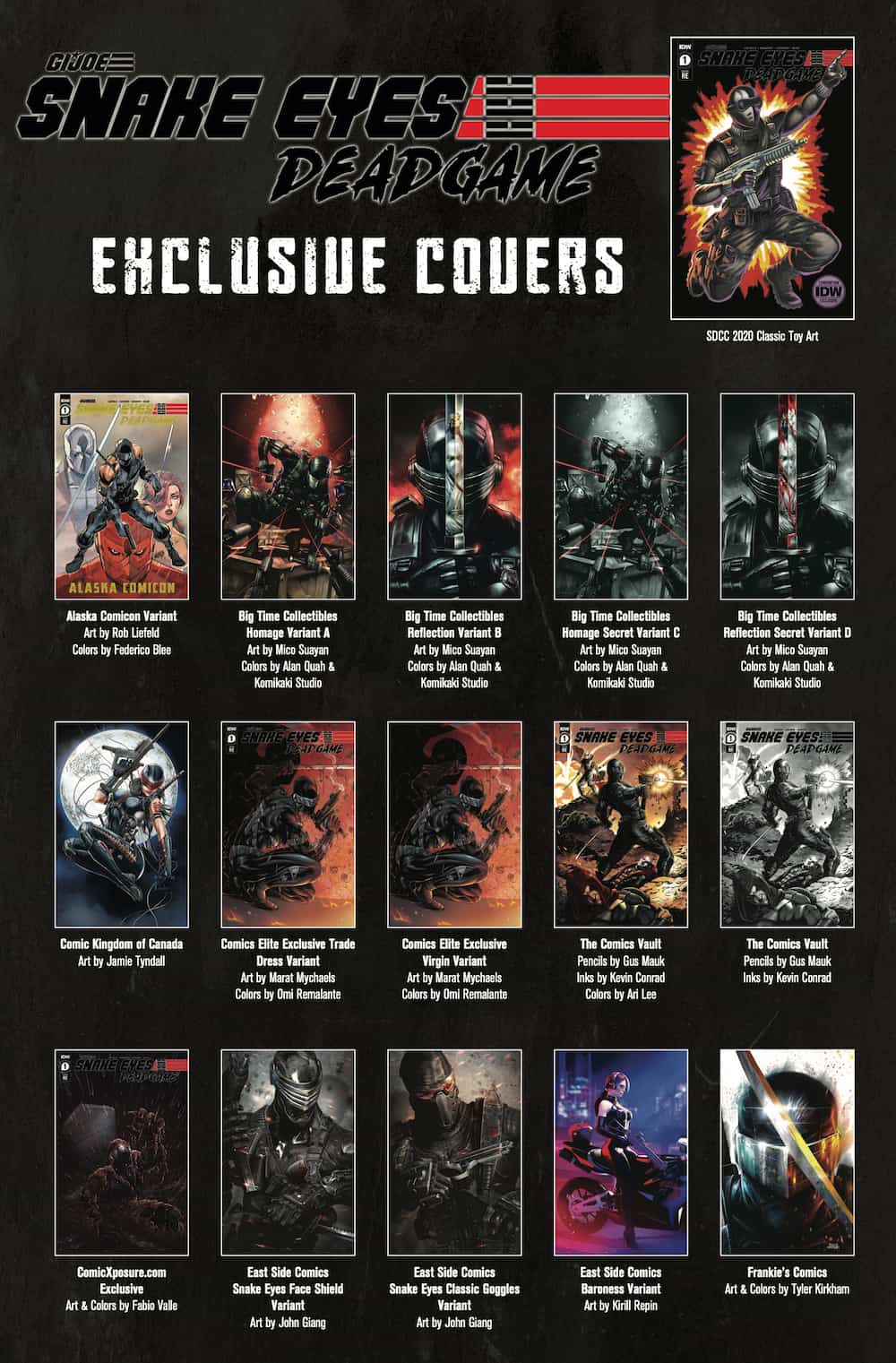 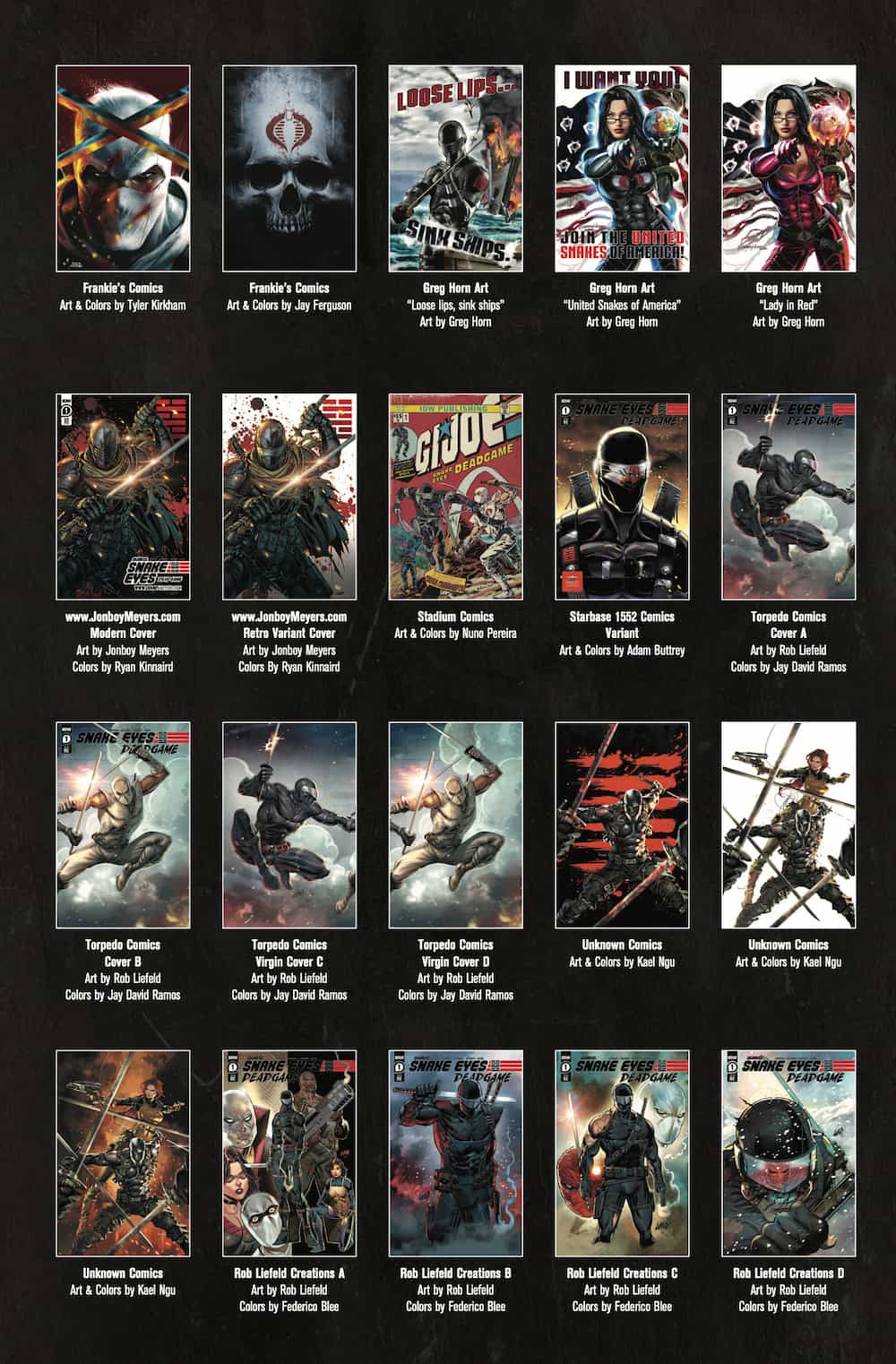 Are you excited to read the new series when it arrives from IDW this month? Sound-off in the comments below!

Snakes Eyes is scheduled to be released in theaters on October 23, 2020. Rob Liefeld’s Snake Eyes: Deadgame #1 will be available in July.  Stay tuned to Heroic Hollywood for the latest news regarding all things G.I. Joe. Also, make sure subscribe to our YouTube channel for more video content!