John Boyega responded to the new photo of Oscar Isaac in Dune by throwing shade at the Star Wars sequel trilogy.

Yesterday, Vanity Fair unveiled several new photos from Dune and many were taken back by an image of Oscar Isaac in full armor as Duke Leto Atreides, the father of Timothée Chalamet’s Paul Atreides and a nobleman tasked with overseeing spice extraction on the planet Arrakis. It appears even John Boyega was impressed with Oscar Isaac’s look in Dune and took to his official Instagram account to ask why we weren’t able to see his co-star look like this in the Star Wars films.

You can check out John Boyega’s reaction to the photo of Oscar Isaac in Dune below. 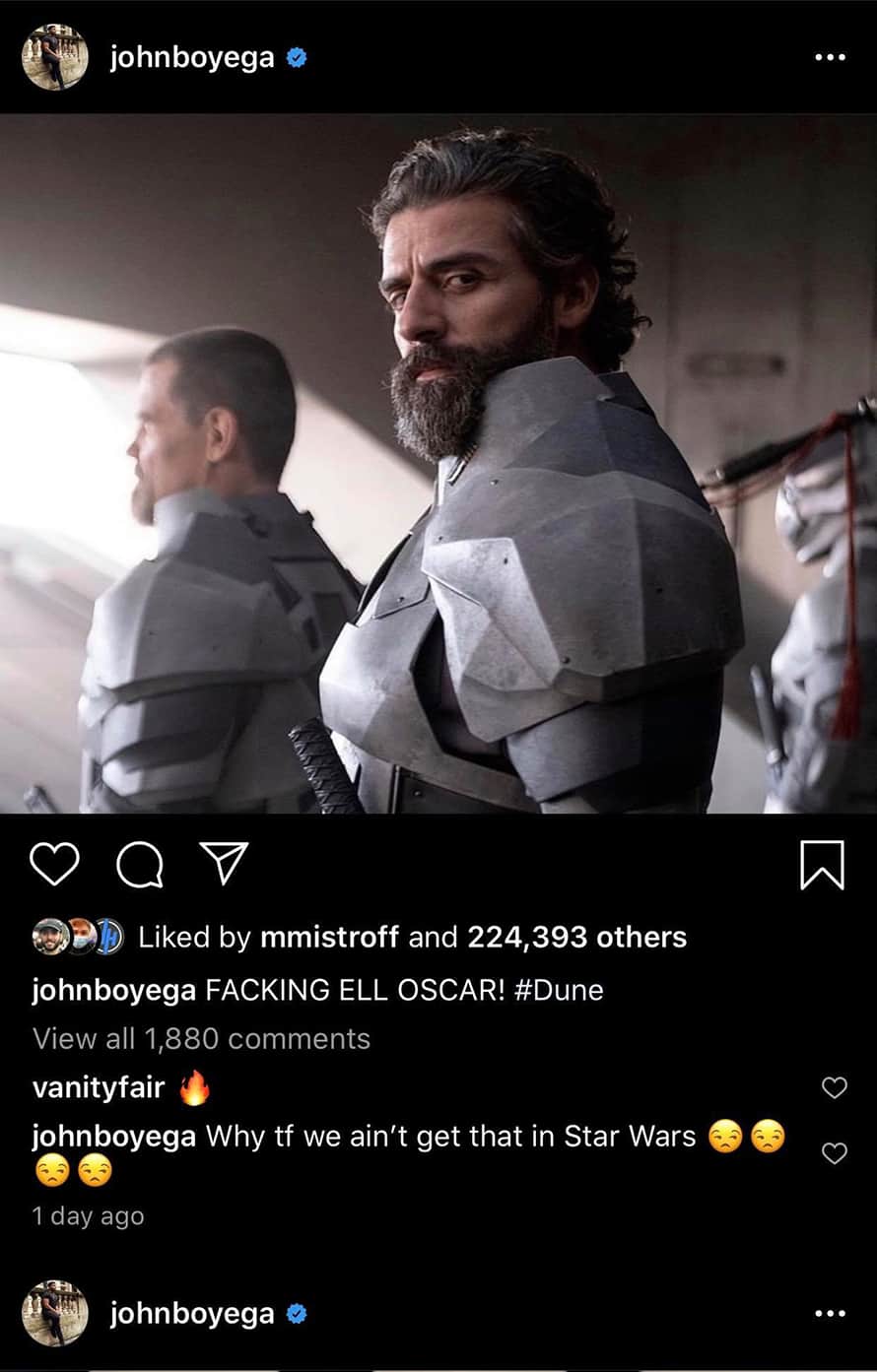