Fans have long-speculated who Kathryn Hahn is playing in Elizabeth Olsen’s WandaVision and the first trailer seemingly confirms those suspicions.

When it comes to Scarlet Witch and Vision, there’s an incredibly important figure that helps the duo create their children and was even murdered when Wanda lost her mind shortly before the events of House of M in the comics. Agatha Harkness was a survivor of the original witch trials at Salem and many fans have already speculated that Kathryn Hahn is playing the mystical figure after set photos seemingly showed the actress dressed as a witch in the Middle Ages alongside Elizabeth Olsen.

But the recent trailer also tied into the theory by showing Kathryn Hahn dressed in a witch’s hat in her car before Paul Bettany’s Vision shocks her out of a trance. But the trailer’s closed captioning labels her character as ‘Agnes’ whenever she speaks. That name seems a little too close to ‘Agatha’ to be a coincidence. And since it’s clear that Vision and Scarlet Witch’s children, Wiccan and Speed, will also seemingly have a role in WandaVision, it seems like a sensible guess that Kathryn Hahn is playing Agatha Harkness. Throw in her gray hair and the cackle she lets out after talking to the android and it all seems fairly obvious. Take a look at Kathryn Hahn in the WandaVision footage below. 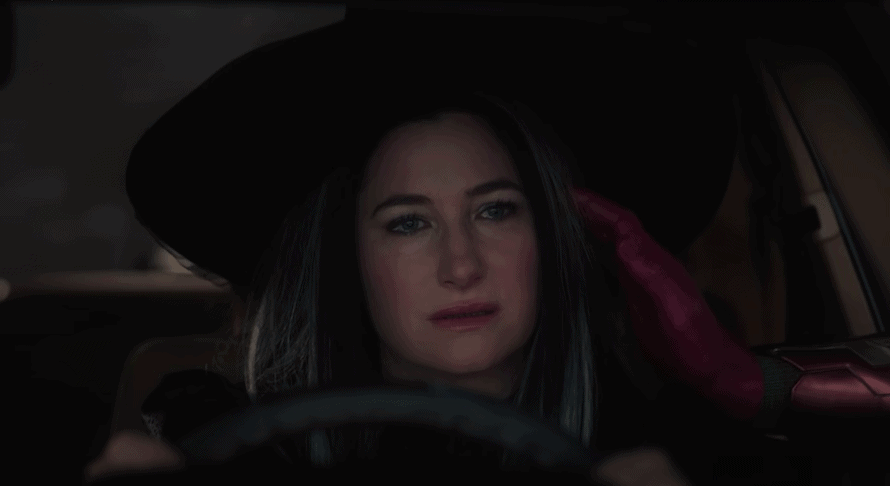 What did you think of the WandaVision trailer? Do you think Kathryn Hahn is playing Agatha Harkness? Sound-off in the comments below!