Luke Cage is just one week away from arriving on Netflix as Marvel’s beloved Power Man takes the stage in his own television series with Mike Colter reprising the role of Luke after debuting in several episodes on Jessica Jones. Last week, we got two phenomenal posters for Claire Temple (played by Rosario Dawson) and Misty Knight (Simone Missick) as Netflix and Marvel are promoting the new series.

Today however, it’s all about the baddies of the series as Netflix released three new posters, featuring Mahershala Ali as Cornell “Cottonmouth” Stokes, Alfre Woodard as Mariah Dillard (cousin to Cottonmouth) and Theo Rossi as Shades Alvarez, who has a connection with Luke’s past. Make sure to check out our spoiler-free review of the first seven episodes of the series by clicking here. 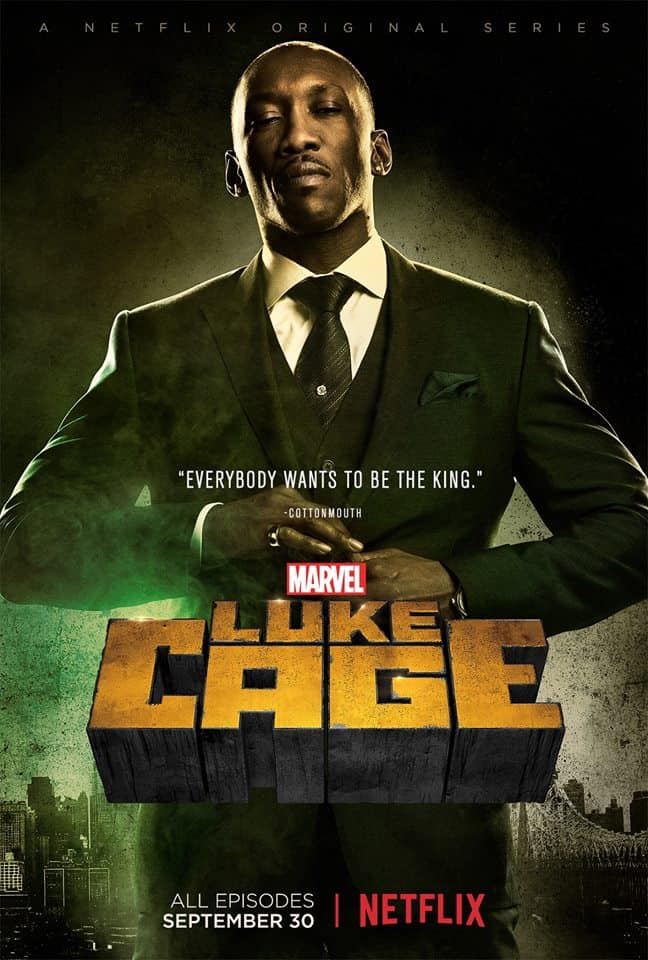 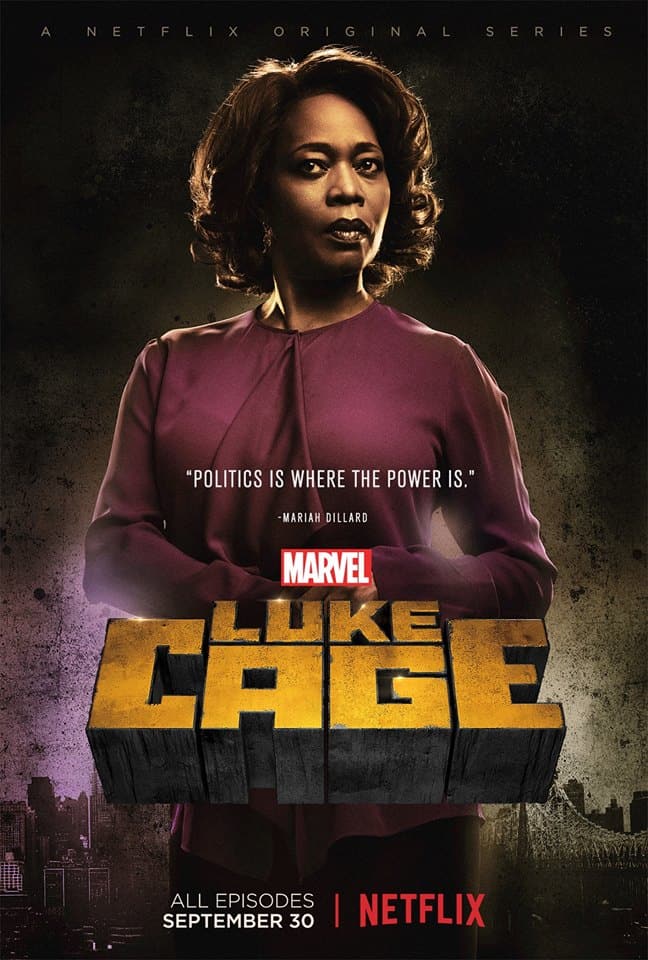 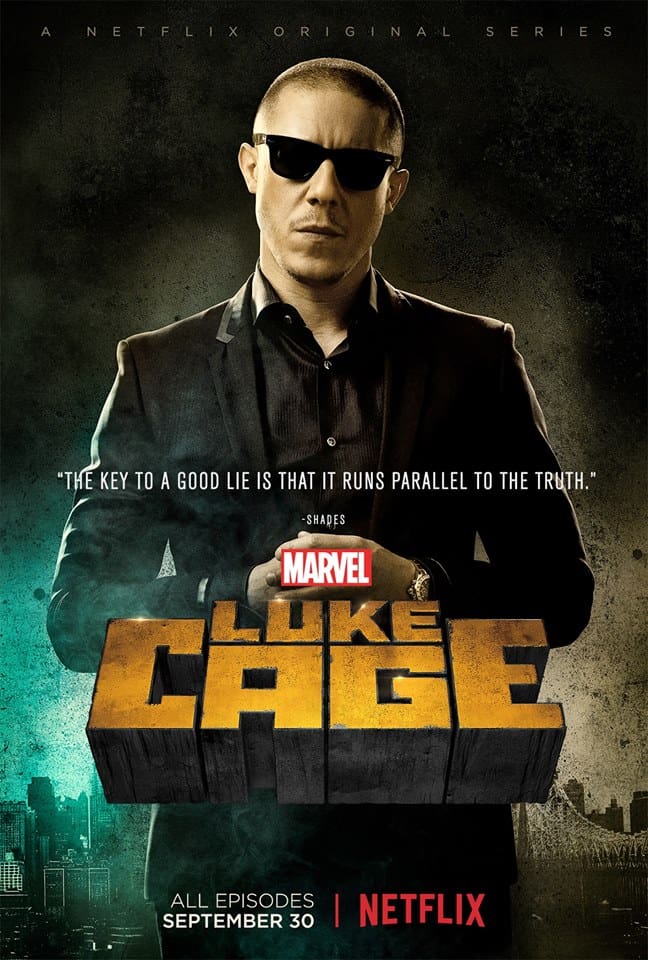 “After a sabotaged experiment leaves him with super strength and unbreakable skin, Luke Cage (Mike Colter) becomes a fugitive who attempts to rebuild his life in modern day Harlem, New York City. But soon he is pulled out of the shadows and must fight a battle for the heart of his city _ forcing him to confront a past he had tried to bury.”

Marvel’s Luke Cage Season 1 will be released on Friday, September 30, only on Netflix.com/MarvelsLukeCage. In case you haven’t seen them, check out our Comic-Con interviews with the cast and crew of Luke Cage.