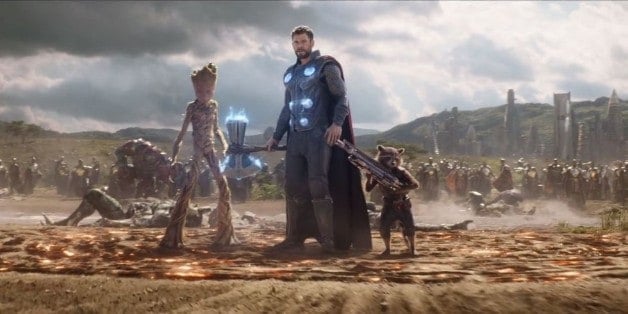 A duo of Marvel fans has taken to Youtube to demand the release of the Avengers 4 trailer and title.

Ever since the finale of Avengers: Infinity War, fans have been itching and scratching at Marvel’s door to release at least the title of the film. Now that the Captain Marvel trailer has been released, it has only made fans more hungry for that title and trailer to drop. If you’re watching the internet every day to see if it’s been released, then you’re not the only one because a group of Marvel fans has taken it upon themselves to ask the producers of the film.

The fans behind #MarvelFansUnited released a similar video to demand the Captain Marvel trailer and now, naturally, they have moved on to the upcoming Avengers 4. Check out the hilarious video below.

Not only did the hilarious video demand the release of the Avengers 4 title and trailer, but the duo also went as far as to demand four tickets to the film’s premiere when it arrives next year. Obviously, these “demands” are all in good fun and it’s safe to say that, as much as we all want to attend the Avengers 4 premiere, these guys have earned the right to those tickets with these hilarious videos. Hopefully, there will be more to come from the funny, energetic group of Marvel fans in the future.

We’ll be sure to keep you updated on all news regarding Avengers 4 and the entire Marvel Cinematic Universe as soon as more information becomes available. What type of video would you like to see this group make next? When do you think Marvel will finally release the trailer? Let us know your thoughts in the comments below!