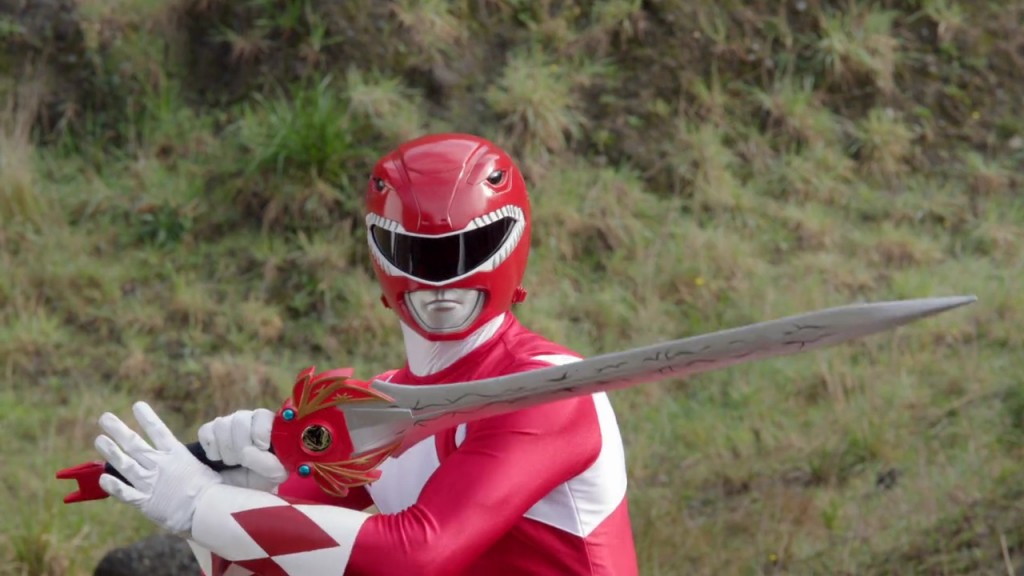 Go Go Power Rangers! A new image has been shared via Twitter revealing a look at the Red Ranger’s weapon of choice – the power sword. The weapon will be in the upcoming Power Rangers movie coming to theaters next year.

The new sword design is futuristic and sleek. It is more reminiscent of the Energy Sword out of Halo than the original traditional Power Sword from the television show. Check out the sword below:

The weapon belongs to Red Ranger, Jason, and will be seen during the franchise reboot coming to theaters on March 24, 2017. It is the first weapon we’ve seen from the movie, but we have been given more and more promotional items lately so I think it’s a safe bet to expect more weapon reveals in the near future. Oh, and not to mention Bill Hader has been revealed to be playing Alpha 5, and that is just amazing.

Are you looking forward to the new version of Power Rangers? Make sure to let us know below in the comments.