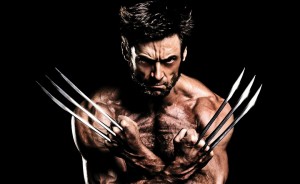 Production is currently underway for Hugh Jackman’s latest rodeo in the adamantium claws, but the third Wolverine film is currently sitting pretty without a title. At least, that’s what we’ve been lead to believe, but it sounds like 20th Century Fox may have let the wolverine out of the bag a little too earlier, if this online source can be believed.

According to Twitter user @XMenFilms (via ComicBookMovie.com), Fox has registered both Wolverine: Weapon X and Weapon X under their label, which suggests either will become the official title of James Mangold’s upcoming R-rated sequel. And based on the events seen in last month’s X-Men: Apocalypse, it checks out. They’ve heavily suggested this is where they’ll planning to take their next film, and it should only be a matter of time before the studio announces something official.

All signs point to next month’s San Diego Comic Con, and it wouldn’t be surprising if they showed some unfinished footage in the process. But since it was leaked this early, maybe the studio will simply announce it sooner-than-later? In any case, expect Fox to make an announcement soon enough. In the meantime, what do you think about the potential new title(s)?

Next #Wolverine is titled WOLVERINE: WEAPON X or simply WEAPON X for short. Fox has registered the titles. #XMen