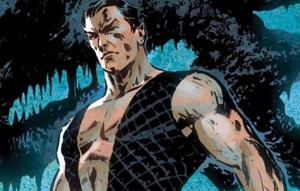 Last summer Marvel’s Chief Creative Officer Joe Quesada revealed that the films rights to Namor had returned to Marvel Studios. While Marvel Studios president Kevin Feige had previously stated that they had the film rights to the character, albeit with contractual prohibitions that prevented them from using him, Quesada’s assurance that the rights had completely reverted back to Marvel prompted fans to wonder if the sub-mariner would appear in the Marvel Cinematic Universe. Now, a new rumor from Reel News Hawaii indicates that Marvel is currently developing a project based on Namor the Sub-Mariner.

Reel News Hawaii, whose previous report that Marvel’s The Inhumans television series would film in Hawaii was later confirmed, are now reporting that the studio is developing a Namor project to be produced in the same location.

There’s buzz around the island that two rival productions could be swimming on our waters. “Aquaman” & “Submariner”. Fingers crossed! pic.twitter.com/1WLbZkWJAN

Considering there has been no word on the development a Namor project before, official or speculative, this report should be regarded as a rumor.

One complication Marvel may face with a Namor project is the fact that the character is a mutant and Fox currently owns the film rights to the term and concept. The easiest solution would be to make the MCU version of a Namor an Inhuman, which would not be difficult to establish if the alleged project is in fact set to film in the same location as the Inhumans show.

What do you think of this rumor? Would you like to see Namor become part of the Marvel Cinematic Universe? Do you think the a film or television series would be best suited for the character? Share your thoughts below!