Even though Peter Parker is always going to be your friendly neighborhood Spider-Man, the upcoming sequel to Homecoming is going to take him to parts unknown. And the new poster for Spider-Man: Far From Home helps illustrate the wall-crawler’s upcoming international travels.

Right on the heels of the official trailer reveal for the next Spider-Man film, Sony Pictures has released a poster showcasing Spider-Man with a bunch of stickers all over his face. And from the stickers, we see that he’ll travel to the likes of Venice to Prague to London. Hey, maybe he’ll run into Captain Britain.

Okay, maybe not, but here, have a look at the poster for Far From Home below. 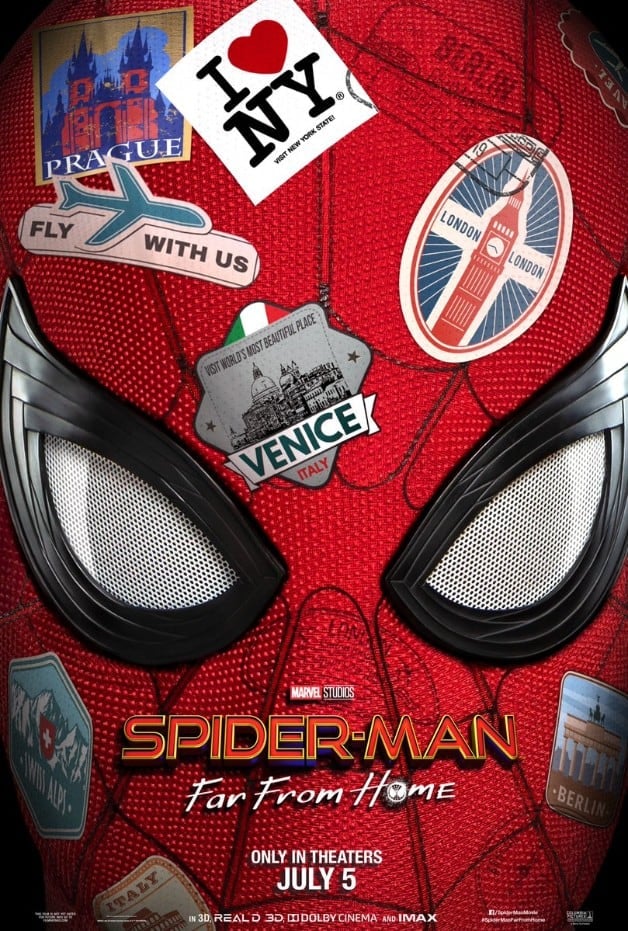 Many of the previous Spider-Man films have kept Peter Parker in New York, but Far From Home looks to be breaking that tradition, for however long, by sending the favorite neighborhood webhead across the world. We’ll have to wait and see until July how Peter contends with the likes of Mysterio and his newfound allies while doing so, but right now, what do you think of the poster for Far From Home? And what are your thoughts so far on the trailer now that it has been released? Let us know in the comments below.