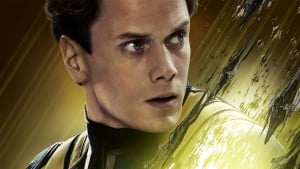 This week’s release of Star Trek Beyond is a bittersweet one, in more ways than one. Not only is it the first Star Trek film released since Leonard Nimoy’s passing last year, it also comes just a mere month after the tragic loss of star Anton Yelchin.

The focus at the moment is, of course, centered on the present, celebrating the legacy of both great talents, while also witnessing one of Yelchin’s last performances in the futuristic sci-fi blockbuster. But with a fourth film confirmed just yesterday, many fans have wondered how the filmmakers will handle the fate of Yelchin’s Ensign Pavel Chekov in the ongoing cinematic series. And while some speculate that producer J.J. Abrams and his team will simply replace the young star in any upcoming sequels, the Star Wars: The Force Awakens director is quickly shutting down such rumors.

While promoting the sequel, here’s what Abrams told The Toronto Sun about the matter:

I would say there’s no replacing him. There’s no recasting. I can’t possibly imagine that, and I think Anton deserves better.

When asked if they’ll kill Chekov, however, Abrams notes that he “thought about it,” and that they’re “working on it” at the moment. It’s currently “too early to talk about it,” though. Again, we should ultimately focus more on the present than the future. That said, there’s a good chance Star Trek 4 will confront the situation similar to how Furious 7 handled the death of star Paul Walker, who also died tragically during the production of the film — which is to say respectfully-but-dutifully.

It’s evident the cast and crew loved Yelchin and respected his work immensely, but they don’t want to brush something like this off lightly either. We’ll have to trust that they’ll give the 27-year-old actor the respect and due diligence he deserves. And that process has already begun. As early reports have noted, Abrams and director Justin Lin dedicated Beyond to both Nimoy and Yelchin during the end credits.

In addition to Star Trek Beyond, Yelchin will also soon appear in filmed roles in Rememory, We Don’t Belong Here, Porto, and Thoroughbred throughout the next year. Also, if you haven’t already, make a point to see his performance in Green Room, which remains one of the year’s best films to date.