A brand new image from Star Wars: The Rise Of Skywalker unites the sequel trilogy heroes and C-3PO.

In Star Wars: The Rise Of Skywalker, we’ll finally see the heroes from the sequel trilogy come together to make their stand on The First Order. Since the sequel trilogy began, our heroes have been scattered, going on their own personal self-fulfillment missions. This narrative decision was criticized in The Last Jedi, as fans were disappointed to see Rey only reunite with Finn briefly at the end. 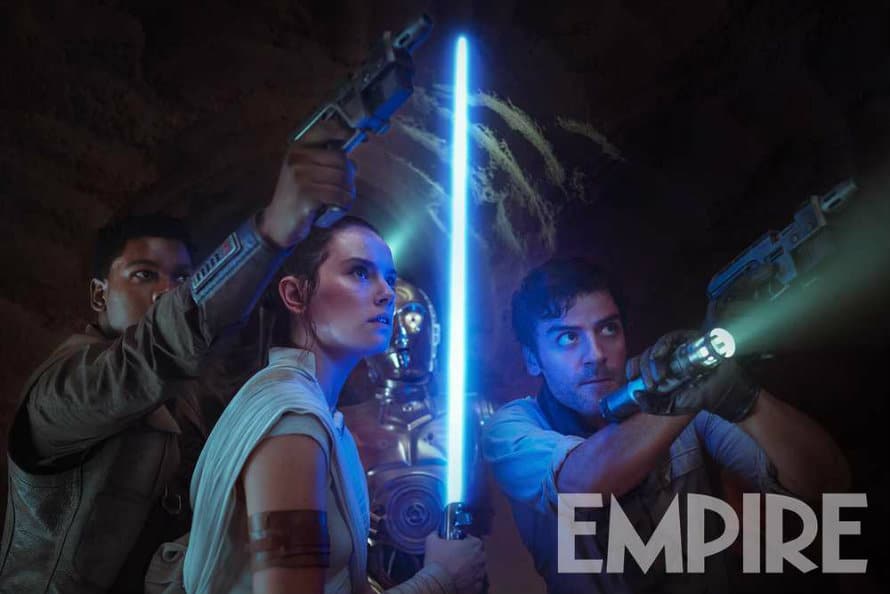 One can’t help but wonder who our heroes are fending off against in this brand new image. This scene seems to take place around the same time C-3PO makes his dramatic speech in the trailer. The Rise of Skywalker, which features the return of the Emperor, is said to be the final film in the Skywalker saga.

Are you excited to see Star Wars: The Rise Of Skywalker? Comment below and let us know!

Here is the official synopsis for J.J. Abrams’ Star Wars: The Rise of Skywalker: