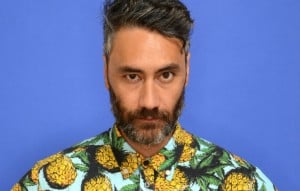 Thor was noticeably absent from the gang in Captain America: Civil War, but he’s not far behind. He’ll soon be seen in next year’s Thor: Ragnarok, where he’ll be joined by fellow Avenger/Civil War absentee Bruce Banner/The Hulk. And while it’s unclear which side Norse God would lean towards on the issue, Taika Waititi, the director behind the upcoming superhero sequel, took some time away from his busy Marvel schedule to weigh his thoughts.

Promoting his latest film, next month’s well-received Hunt for the Wilderpeople, Waititi spoke with Fandango (via ComicBook.com) and offered his opinion on where his titular protagonist would theoretically stand on the matter:

We’ve talked a little bit about this. Personally, I feel Thor would have started his own team. He wouldn’t have liked the idea of those teams. But, even though Thor is from outer space and he lives in a palace, part of me likes to think he would side with Cap.

So that settles it: Thor would be Team Cap. Or he would make his own team. Or he would settle the issues on his own. I guess the answer is, who knows?

Waititi, however, was a little more forward on where he stood on the superhero quibble, noting that he “would side with Cap purely because I don’t trust billionaires.” Fair enough, especially with our current political climate. Also, it’ll be interesting to see what Thor thinks about how things are back on Earth when he does decide to pay his other team members a visit. Chances are, they’ll be a lot of explain to do.

In the meantime, however, Thor has quite a few problems of his own to face when Thor: Ragnarok comes into theaters November 3, 2017. Production is set to begin July 4th.