Titans shockingly revealed Krypto, the dog who belongs to Superboy and Superman in the post-credits scene for the first season finale.

During the finale of Titans, the series surprised Superman fans with an exciting new post-credits scene. In the scene, we were introduced to Project Cadmus, Superboy and Superman’s classic canine companion Krypto the Superdog. You can check out the first image of Krypto below. 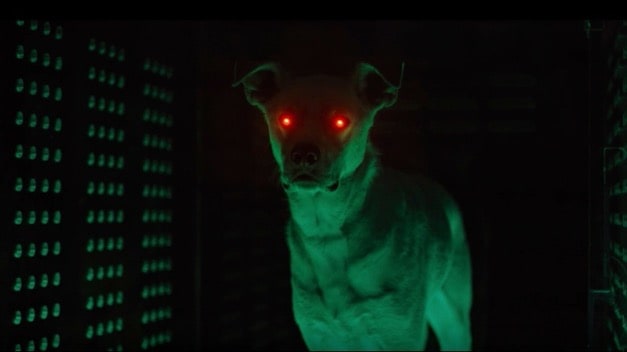 During an interview with Entertainment Weekly, Titans showrunner Greg Walker discussed the post-credits reveal of Superboy in the first season finale of the series.

The season finale of Titans included a post-credits scene that revealed Connor Kent / Superboy and Krypto escaping from a Cadmus Laboratory in Metropolis. While the tease excited fans who are eager to see the Superboy join the series, showrunner Greg Walker noted that introducing the clone of Superman wasn’t always set from the beginning:

“It wasn’t totally planned from day one — or maybe it was in [Geoff Johns and Akiva Goldsman’s] heads, but they didn’t tell me. It definitely wasn’t something that we thought of until the very end. I think we knew that would be a direction that would be exciting for the fans and a tease that would be interesting for us as well, and that was the best spot to put it in.”

While Walker couldn’t divulge too many details on Titans‘ interpretation of Superboy, he did explain that they will try to take the more grounded approached seen with other DC heroes on the show:

“It’s still brewing. What I can say is that we still want to take the same dimensionalized and psychologically grounded approach that we do with the other characters and apply that same pressure to Conner Kent and see what shakes out when you put a character like that through that test. You know, questions of identity, questions of powers, questions of your place in the universe. These are all questions that are interesting for any kind of Superman character, and are really interesting for Conner.”