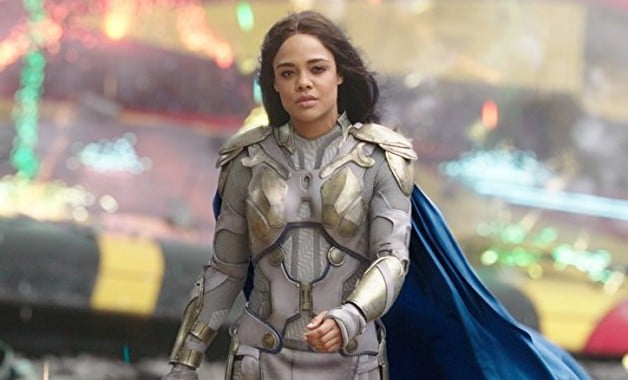 Thor: Ragnarok standout Tessa Thompson also known as Valkyrie to the army of MCU fans has teased her heroine’s return after Avengers: Endgame.

The third film in the popular Thor franchise, Thor: Ragnarok, introduced us to Valkyrie played by Creed star Tessa Thompson. She’s the last of her kind; a fierce Asgardian warrior who doesn’t have an issue putting the God of thunder in his place if need be. The ending of Thor: Ragnarok, however, was the last time we saw Tessa Thompson’s Valkyrie who was completely absent from the events of Avengers: Infinity War with not so much as a mumble of her name.

It’s been confirmed for a while now that Tessa Thompson will be making her return to the MCU with the release of Avengers: Endgame next week, but it looks like Thompson might have teased the fate of Valkyrie and possibly Chris Hemsworth’s Thor in a recent interview with the LA Times:

As Thompson stated, it was just something that she heard, but it would be phenomenal if Taika Waititi could return joining Thompson and Hemsworth for another crack at the Thor franchise following Avengers: Endgame. The chemistry between Tessa Thompson and Chris Hemsworth in Thor: Ragnarok was truly electrifying and that could be credited by the film’s director Taika Waititi who also cameo-ed in his own film as Korg.

What do you think about Tessa Thompson teasing a possible Thor 4 with Taiki Waititi returning? Sound off in the comment section below!

Tessa Thompson’s Valkyrie will return Avengers: Endgame. Here is a plot synopsis for the upcoming film: