And how could she not be? A recently shared photo from the upcoming X-Men film Dark Phoenix showcases Sophie Turner’s Jean Grey looking a bit troubled.

Again, how could she not be? She’s a powerful mutant with telepathic abilities, being overtaken by this cosmic Phoenix Force, and she has to make sure that the Stark name lives on…no wait, that’s the wrong universe. Never mind. But we’re in the year where Dark Phoenix will hit theaters this summer and the next X-Men installment is set to take us to new heights. Literally, in fact, since we’re headed to space, but have a look at the new image from USA Today showcasing Jean Grey in all her mutant glory: 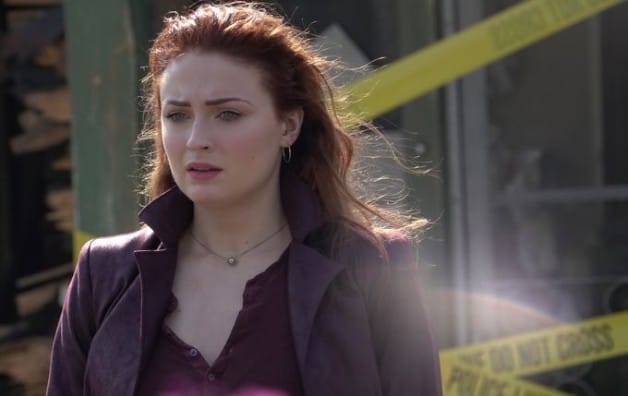 There’s no context for the image, mind you, but check out the police tape behind Jean Grey there. Based on the trailer and what we’ve seen so far from Dark Phoenix, could this at all be related to the incident in Red Hook where Jean let loose? Or perhaps she, like any mutant, is just having an off-day? Either way, it looks like Jean Grey’s in a bit of trouble. And judging from what we’ve seen, it may take all of the X-Men and even more in order to combat the might that is the Phoenix Force.

What do you think of this new image of Jean Grey in Dark Phoenix? What are your hopes and expectations in new trailers before the film’s release this summer? And what are your hopes for the future of the X-Men franchise, whether at Fox or otherwise? Let us know your thoughts in the comments below.