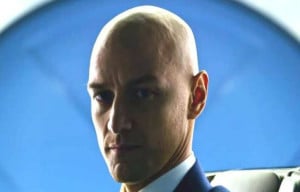 X-Men: Apocalypse marked the last film several key stars of the X-Men prequels were contractually obligated to appear in, prompting questions as to whether or not they would appear in future installments. Star James McAvoy, who has played a young Charles Xavier since X-Men: First Class, is next set to appear M. Night Shyamalan’s Split. The actor spoke with CinemaBlend about the upcoming film, but briefly discussed the possibility of reprising the role of Professor X in a solo spin-off movie.

McAvoy cast doubts on the possibility of a Charles Xavier standalone film, explaining the concept is antithetical to the character’s nature.

This is not the first time McAvoy has expressed a willingness to reprise the role of Charles Xavier. While we may not see a Professor X spin-off, the idea that McAvoy is open to returning for more X-Men films is encouraging news. Co-stars Michael Fassbender and Jennifer Lawrence, who play Magneto and Mystique, respectively, have been less clear about their futures with the franchise. Lawrence has stated she is willing to appear in more X-Men films despite previously stating that Apocalypse would be her last film in the series. Fassbender, on the other hand, has not made a decision one way or the other to date.

Would you watch a Professor X spin-off film? Share your thoughts below!

Charles Xavier will next appear, played by Patrick Stewart, when Logan, the final Wolverine spin-off, is released in theaters on March 3, 2017.