Justice League director Zack Snyder revealed a behind-the-scenes photo of the Green Lantern scene which didn’t make it into the film.

Zack Snyder’s Justice League might have been a triumph for fans as it used the director’s original vision for the DC heroes, but as he recently revealed, the final scene was much different than the one we saw in the Snyder Cut. As many already know, Wayne T. Carr filmed a scene as John Stewart which would’ve seen the Green Lantern come to Batman offer his help in the coming battle against Darkseid and his forces. However in the Snyder Cut, it was Martian Manhunter that appeared at the end. And Heroic Hollywood recently learned that John Stewart is set to lead the Green Lantern Corps film which is still in development.

Over the weekend, Zack Snyder took to Vero to show off his makeshift studio in his drive way at home, with the photo showing Wayne T. Carr in a motion-capture suit next to a green screen. It’s not the only Green Lantern news to arrive in the last few days, as it was also recently confirmed that Finn Wittrock will play Guy Gardner for the Green Lantern HBO Max series. Take a look at Wayne T. Carr filming the cut scene for Zack Snyder’s Justice League below. 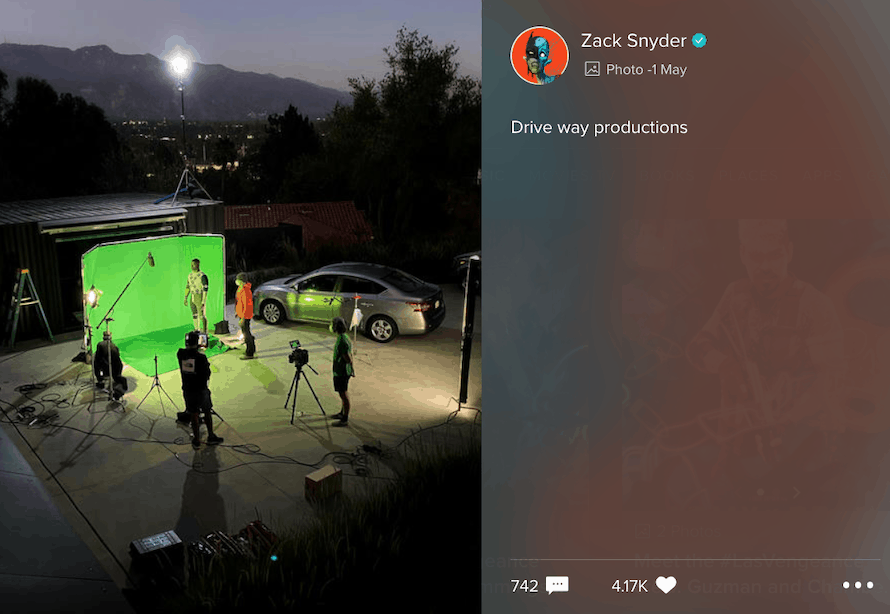 Would you like to see the Green Lantern scene in Justice League? Should Warner Bros. bring Wayne T. Carr back as John Stewart? Sound-off in the comments below!

Zack Snyder’s Justice League cut is now available on HBO Max. Stay tuned for the latest news regarding Green Lantern in the DC Extended Univercse, and make sure to subscribe to our YouTube channel for more content!