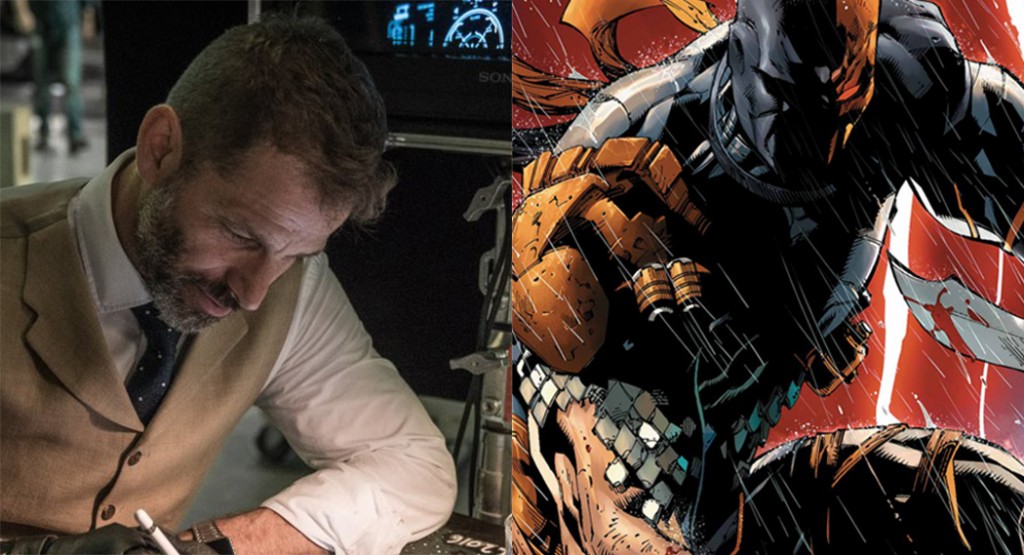 DC fans were in for a huge treat when it was revealed that the fan-favorite mercenary Deathstroke would be in Ben Affleck’s eventual solo film as one of the villains tasked with taking down the Dark Knight. Since the reveal, those involved with the creation of the DC Extended Universe have given us tidbits online with small reveals such as Commissioner Gordon, and now Zack Snyder has just shared a look at the creation of the storyboard for Deathstroke in what appears to be the Justice League film, if the hashtag in any indication.

Check out the photo below:

It appears that he is busy creating the storyboard for Deathstroke in the eventual 2017 Justice League film. A couple noteworthy items here: it was previously unknown if Deathstroke would appear in Justice League or not, and this all but confirms it. Also, if you look closely, you can make out who some fans are speculating to be Lex Luthor in the storyboards as well. Could Lex be the man behind hiring Deathstroke?

Justice League is slated for a 2017 release, and will feature heroes Superman, Batman, Wonder Woman, The Flash, Aquaman, and Cyborg teaming up to take down the galactic threat of Steppenwolf. The film is to be directed by Zack Snyder, who has previously helmed DC films Watchmen, Man of Steel, and Batman v Superman: Dawn of Justice.

I would give up everything I own to be able to have Zack Snyder’s job for just one day. The man gets to draw comic storyboards and then bring them to life in live action. Now that is the American Dream.

Are you excited to see Deathstroke in the upcoming Justice League film? Let us know in the comments!