The Batman star Zoe Kravitz is keen to get back into the role of Selina Kyle and resume production on the Matt Reeves film.

Following the news that Matt Reeves’ The Batman can resume production in the United Kingdom, Catwoman star Zoe Kravitz expressed how eager she is to get back to work with a playful picture on her Instagram story. The actress previously gushed over Robert Pattinson’s portrayal of Batman, saying that he’s perfect for the role. Kravitz is clearly excited to pick up the catsuit once again if her recent story is anything to go by.

The Batman star Zoe Kravitz jokingly posted to Instagram with an incredible picture of Prince on roller skates, while wearing a Batman vest. Fans will obviously remember the artist originally did the soundtrack for Tim Burton’s Batman in 1989. Kravitz captioned the shot saying “me ready to go back to work like”, clearly expressing she’s looking forward to making a return to Gotham City. Take a look at the image the star posted online below. 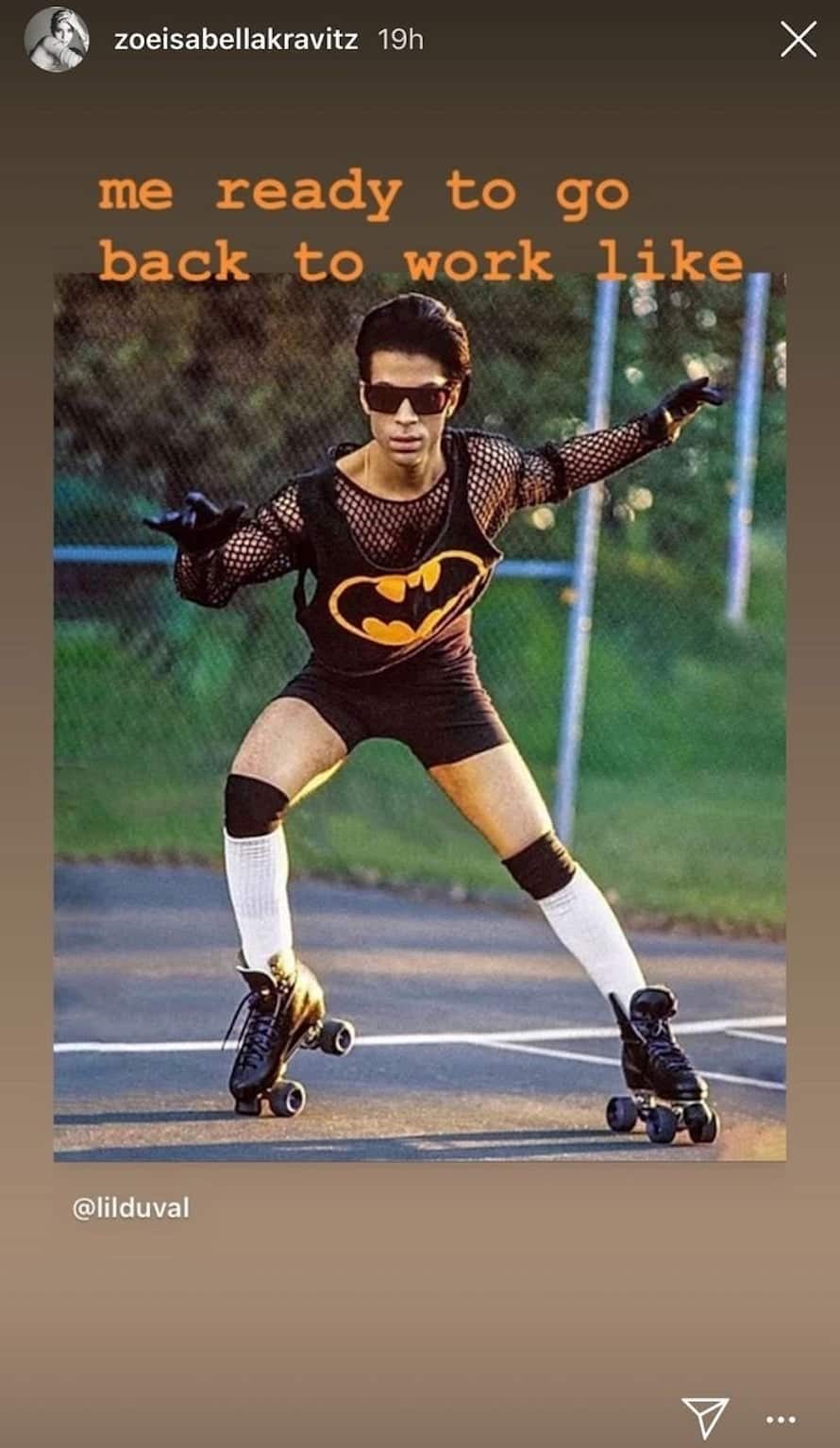 Are you excited to see Zoe Kravitz’s Catwoman costume? What do you want from the film? Sound-off in the comments below!

Plot details for The Batman are being kept under wraps but the project will be centered on Robert Pattinson as a younger Bruce Wayne, chronicling Batman during his formative years as Gotham City’s protector. The Batman will also feature the hero making use of his detective skills more than what we’ve seen before in previous iterations of the character. The film is also expected to be the first installment to a new trilogy with Pattinson as Batman.

Directed by Matt Reeves from a script he co-wrote with Mattson Tomlin, the film stars Robert Pattinson as the Caped Crusader, Zoe Kravitz as Catwoman, Paul Dano as the Riddler, Jeffrey Wright as Commissioner James Gordon, John Turturro as Carmine Falcone, Peter Sarsgaard as Gil Colson, Jayme Lawson as Bella Reál, with Andy Serkis as Alfred Pennyworth, and Colin Farrell as the Penguin.

The Batman is set to hit theaters on October 1, 2021. Stay tuned to Heroic Hollywood for all the latest news regarding The Batman universe and subscribe to our YouTube channel for more exclusive video content.