Earlier this week, Entertainment Weekly gave us a brand new in-depth look at Disney’s upcoming live-action adaptation of Aladdin directed by Guy Rtichie. We saw new images that include Will Smith as the Genie and Marwan Kenzari as Jafar among others. We also got introduced to Naomi Scott as Princess Jasmine, and now a brand new image of the character has been revealed.

Andy Serkis ‘Cringed’ When Snoke Was Killed By Kylo Ren In ‘Star Wars: The Last Jedi’

Entertainment Weekly exclusively released this new photo of Scott as Princess Jasmine. As you can see, it is certainly a majestic look for the reluctant Princess of Agrabah: 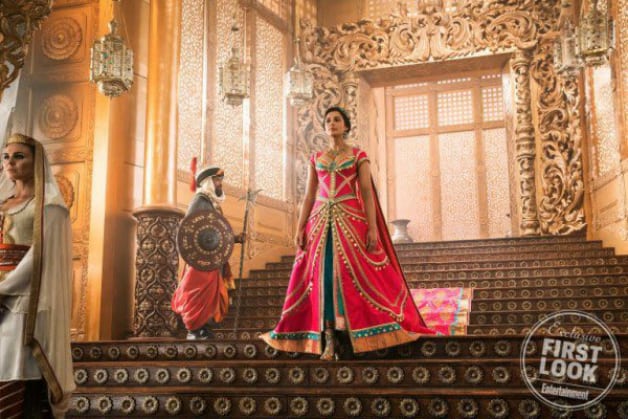 EW’s official first look spread on Aladdin has received mixed responses from fans on the internet. Some are curious to see how Guy Ritchie puts his spin on the beloved 1992 animated film, but others are concerned about how it will turn out, particularly with many eyes on Will Smith as the Genie since he has some big shoes to fill thanks to what the late Robin Williams brought to the character.

What do you think of this new photo of Princess Jasmine? Sound off in the comments below, and be sure to continue following Heroic Hollywood for all the latest news from the upcoming live-action adaptation of Aladdin, Dumbo and The Lion King.