A new image for the film Captain Marvel has been brought to fans by Empire Magazine.

Captain Marvel will tell the origin of Carol Danvers, a test pilot in the comics who gained super strength and the ability to fly after being caught in an explosion with a Kree device. The film will also feature a young two-eyed Nick Fury and the first appearance of the Skrulls in the Marvel Cinematic Universe. The Skrulls are an advanced alien race known for the Kree-Skrull War in the comics. 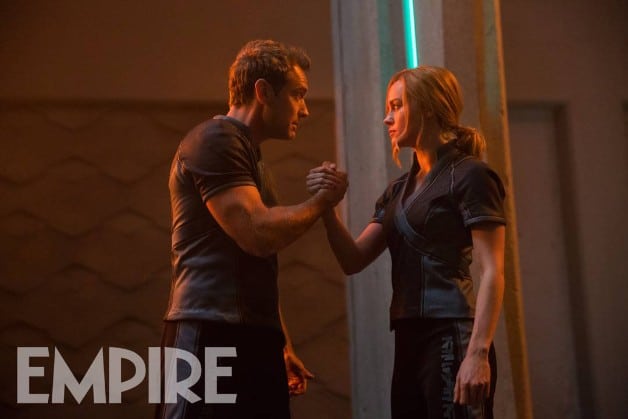 The story follows Carol Danvers as she becomes one of the universe’s most powerful heroes when Earth is caught in the middle of a galactic war between two alien races. Set in the 1990’s “Captain Marvel” is an all-new adventure from a previously unseen period in the history of the Marvel Cinematic Universe.