Fans can finally prepare for the highly-anticipated Disney Plus streaming service, which debuts later this year.

Disney Plus is preparing an insanely exciting slate of content day one for fans. Jon Favreau’s The Mandalorian, numerous Marvel Cinematic Universe films, all of the Star Wars films, the live-action Lady and the Tramp remake, most of the Pixar library, and much more will be available for fans when Disney Plus premieres. After months of waiting, fans finally know when Disney Plus will be released, and how much it will cost.

Disney’s Investors Day is today and with the exciting occasion brings news regarding the Disney Plus streaming service. Via The Wrap, Disney Plus will be available starting November 12th of this year. The streaming service will only cost $6.99 monthly or $69.99 annually. Senior Vice President of content for Disney Plus, Agnes Chu, made the announcement this evening. That’s not all though, an exciting first look at the Disney Plus user interface gives fans a peek at the Day One content they will be able to indulge in. Check out the exciting image below. 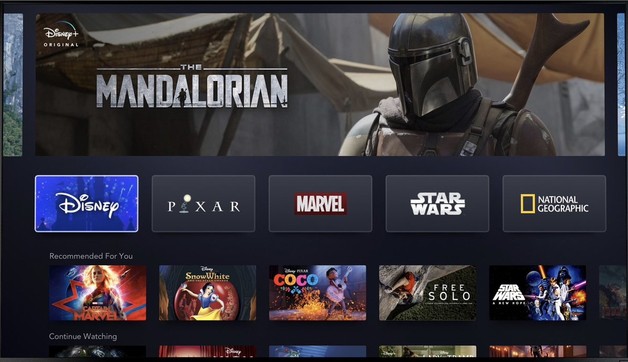 The Mandalorian is the first-ever live-action TV series in the Star Wars universe. Fans are expecting to get their first glimpse at the series this weekend during Star Wars Celebration Chicago.

We’ll be sure to keep you updated on all news regarding the Disney Plus streaming service as soon as more information becomes available. Are you looking forward to Disney Plus? Will you be signing up for a subscription on the first day it premieres? Let us know your thoughts in the comments below!