Black Adam star Dwayne Johnson may have just shared our first look at the highly-anticipated movie.

Following the recent news that over 300 guests will appear at the DC FanDome event, Dwayne Johnson has seemingly revealed a shot from the upcoming Black Adam movie. Johnson recently joked about getting Ryan Reynolds in to play Hawkman for the DC film, following the news that Noah Centineo has joined its cast as Atom Smasher. Aside from the stunning art from Jim Lee of Dwayne Johnson’s Black Adam, fans have been desperate to get their first look at the film, but now the star has seemingly revealed a mysterious shot, even though production has reportedly been pushed back to 2021.

While promoting DC FanDome on Twitter, Black Adam star Dwayne Johnson shared a video that revealed an appearance from “The Man in Black,” obviously alluding to his DC role. A bolt of lightning cut the video to a shot of the star standing in what looks like a ruined temple, most likely in Kahndaq, Black Adam‘s homeland. While it doesn’t show the star in costume, it at leasts gives fans a sense of the mystery and adventure that awaits them in the film. Take a look below.

THEY NEEDED A HERO.
INSTEAD THEY GOT ME⚡️🖤
Excited for the first-ever global celebration of the DC Multiverse – #DCFanDome!
This one’s just for you – THE FANS AROUND THE WORLD!
Stay healthy, my friends, and I’ll see you all on August 22nd! 🥃
-The Man In Black#BlackAdam pic.twitter.com/m3S4tySYT8 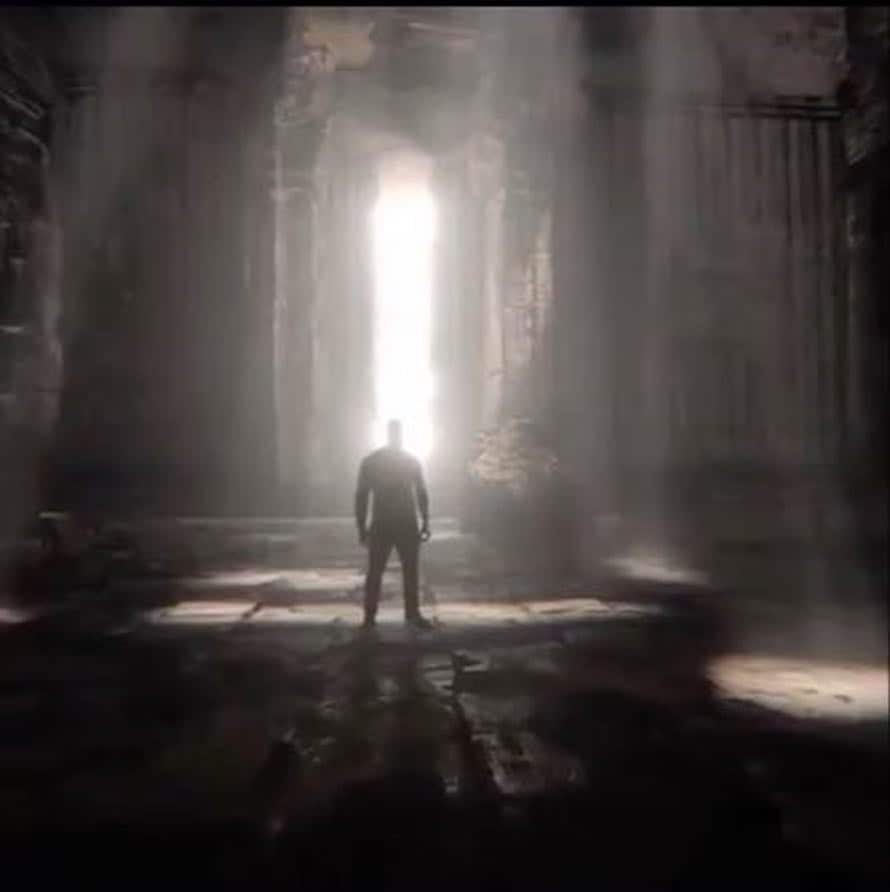 What do you think about the first look at Black Adam? Where do you think Dwayne Johnson is in the brief shot? Let us know in the comments section!

Here is the synopsis for the DC Extended Universe’s latest release, Shazam!:

Shazam! is now available on Digital HD, 4K Ultra HD, Blu-ray, and DVD. Black Adam is currently scheduled to hit theaters on December 22, 2021. Stay tuned for all the latest news on Black Adam and be sure to subscribe to Heroic Hollywood’s YouTube channel for more original video content.