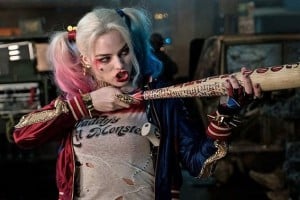 The fate of Suicide Squad is, well, a bit unclear. The trailers are pretty excellent, no question about that. But some worrisome reports and the less-than-enthusiastic response to Batman v Superman: Dawn of Justice (For the record, I like the movie! Don’t pile up on me, Internet!) are leaving more than a few dubious about whether or not writer/director David Ayer can do this villain-centric story justice.

And though first reactions weren’t expected for another few weeks, after the movie made its official debut at the MCM London Comic Con, some very lucky fans were apparently granted a very early look at the upcoming blockbuster. And if their word can be trusted, we might be in for something special.

Warner Bros. reportedly screened Ayer’s latest at Union City, CA’s Century 25 Union City and XD theatre last night, and reactions from said screening have hit Twitter throughout the day. Although one would believe they signed a non-disclosure agreement against this kind of activity, WB is probably pretty happy with the response.

The tweet round-up, collected by ComicBook.com, calls the new movie “a pleaser,” “pretty great” and downright “amazing.” And their positive responses can also be applied to the star-studded performances. Will Smith’s Deadshot was also proclaimed “amazing,” while Margot Robbie is “perfectly crazy” as Harley Quinn, Jared Leto’s Joker fit the film’s “aesthetics” and provided a “different aspect of insanity” to the iconic role. Adewale Akinnuoye-Agbaje’s Killer Croc, meanwhile, is reportedly something of a scene-stealer, as he left at least one audience member “rolling for days” by the end. Certainly some promising stuff.

Of course, it’s hard to take full stock in these reactions. After all, this is pretty typical for a new movie, especially a free superhero blockbuster they saw months in advance. Do you remember when people were raving about Green Lantern and last year’s Fantastic Four after some advance screenings? That’s what I thought. Suffice to say, we’ll have to wait until some more people see it before we can officially count our lucky stars on this one. But this is certainly a promising start. And hopefully the good buzz continues up through its August 5 release.

In the meantime, check out the tweets for yourself. And be on the lookout for more responses soon:

I RECOMMEND EVERYONE GO SEE SUICIDE SQUAD IN AUGUST!!! IT IS A PLEASER! YOU WILL BE SURPRISED!!

Saw a free first screening of #SuicideSquad last night! The movie was #amazing! All the characters were played incredibly well! #Recommended

WILL SMITH WAS AN AMAZING DEADSHOT

Killer Croc had me rolling for days at the ending 😂