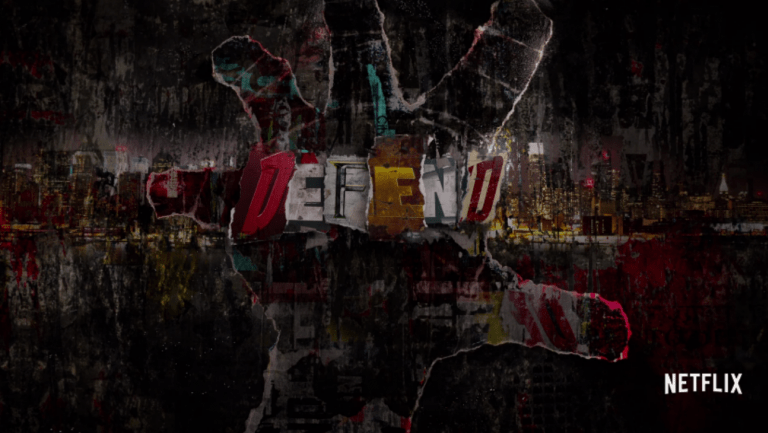 Luke Cage has been out almost a week, which means it has passed the Phase 1 thinkpiece threshold (hype and acclaim), moved into Phase 2 (backlash and sober reflection) and will soon move into Phase 3 (backlash to the backlash). Whatever you think of the series (It had awesome attitude but the story was a mess), it brings us one step closer to 1) The Defenders, the Avengers-style team-up of the MCU's street-level heroes Daredevil, Jessica Jones, Cage and Iron Fist and 2) Phase 2 of Marvel TV's Netflix strategy. Curious what villain the Defenders will face? Wondering whether Daredevil will get "born again" in season 3? Or if Heroes for Hire is on tap? This guide is for you.

But, before we dig into Phase 2, we have to finish Phase 1. The Defenders need their last teammate: Iron Fist.

Click Next to begin the gallery or click which show you want to read about below. (Beware potential spoilers. This gallery is full of plot and cast speculation. Don't read if you want to go into these shows cold).

Like Doctor Strange in the films and Ghost Rider on Agents of S.H.I.E.L.D., Iron Fist brings the supernatural and magic to the gritty and realistic (what an over-used word) world of Netflix superheroes. In the show, Danny Rand returns to New York, after being thought lost in the Himalayas, having mastered the power of the Iron Fist in K'un L'un. Seeking justice from his family's shady business partner Harold Meachum (David Wenham in a villainous role), he becomes a superhero and fights crime, presumably in long dark hallways.

Showrunner Scott Buck last worked on the worst seasons of Dexter (though I have fondness for Season 5), which doesn't exactly inspire confidence. Juggling the mystical and the grounded is a tough task, as is the unavoidable racial implications of the show (talked about at length around Jones' casting). It is very similar to the talk surrounding Tilda Swintn's Celtic Ancient One in Doctor Strange. As far as Asian representation, Danny's mentor Shang-Chi will appear and Jessica Henwick, as female lead Colleen Wing, is half-Chinese (Claire Temple taking a slip for Wing's martial arts class at the tail-end of the Luke Cage finale heavily implies Netflix's female Nick Fury will pop up here as well).

Meachum's kids Joy and Ward are part of the main cast, implying a familial struggle between Rand and the Meachums. Jessica Jones regular Carrie-Anne Moss is appearing in her third Marvel/Netflix show as Jeri Hogarth, Danny's lawyer, and Luke Cage's Simone Missick aka Det. Misty Knight is confirmed to appear as well. In the comics, Knight and Wing become best friends and become private investigators nicknamed the Daughters of the Dragon. Looks like the seeds for that will be planted here.

The long-awaited team-up between Daredevil, Jessica Jones, Luke Cage and Iron Fist promised four years ago will come to fruition next year, most likely in the summer. Stranger Things dominated the late July media conversation and if I had to bet, they'll seek to replicate that release again. Daredevil season 2 showrunners Marco Ramirez & Doug Petrie return for this show, with the added assist of Drew Goddard, an executive producer who had originally been set as Daredevil season 1 showrunner before departing to work on Sony's defunct Sinister Six spinoff (his scripts for the first two episodes were still used).

All we have to go on currently, as far as story, is the briefest Comic-Con title tease, which includes a new line of dialogue from Stick (Scott Glenn, confirming his return),"You think the four of you can save New York? You can't even save yourselves." Now, if Stick's involved, that means one thing: the Hand is too.

Apocalyptic undead ninja cult is just the right adversary for the Defenders to mook-plow over. It also implies that the show resolves the Daredevil season 2 cliffhanger, wherein Elektra dies but her corpse, stolen by the Hand. is placed in a mysterious black sarcophagus, all according to a legend called "the Rising."  Not ominous at all. According to IGN, when asked if Elektra might get her own show, actress Elodie Yung demurred, instead redirecting to her optimism that she would be in The Defenders, saying "hopefully, she'll maybe be on the bad side."

We can also look forward to Claire Temple enlisting Matt Murdock to free Luke from Seagate prison, where he was hauled off to as Cage's first season ended. For all the people who thought the earlier Marvel/Netflix shows were disconnected from the films and from each other, this series is the answer, with faces from across the shows promised to pop up, from the aforementioned Claire, Stick and (probably) Elektra to Punisher, Foggy and Misty Knight, with more surely to be revealed all the way until the night it premieres. The Punisher just started shooting under-the-radar, with set pics showing Bernthal sporting a mountain-man beard. The show appears to be spending some time on Frank's past, with casting videos leaking a while back auditioning actors for military roles, perhaps to showcase Castle's time in the military. I think it's reasonable to assume that Clancy Brown, who appeared in Daredevil season 2 as Frank's former commanding officer, would be part of those flashbacks. Will we finally get to see Frank's family?

Shooting now implies the show will be ready in about a year, making a fall release plausible and backing up a Latino Review report that, like the film side, Marvel is increasing to three content drops a year instead of two. The show is run by Steve Lightfoot and the only other confirmed castmember at the time is Ben Barnes, a roguish actor speculated to be Bobby Saint, the ostentatious son of a well-known gangster. If Barnes is a villain, his suave evil could contrast nicely with Frank's down-and-dirty ethos a la Cottonmouth and Luke Cage. Another character who was teased at the end of Daredevil's second season is Microchip. In the show, he appears to be an old contact of Frank's who acts as a sort of "tech Alfred" for the Punisher. He was played by Wayne Knight in 2008's Punisher: War Zone.

I'm pleasantly surprised Marvel is giving Punisher, an unrepentant mass murderer, his own series. Normally, I'd think it would get neutered even with PG-16 boundaries but then I thought: what have they not been able to get away with, really? Someone took a power drill to Punisher's foot after he hung a bunch of dudes on meat hooks. I don't think there will be a problem (as long as he doesn't say "fuck" more than once). 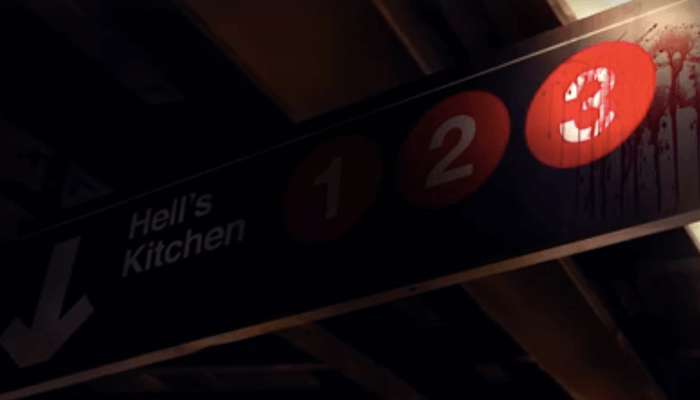 Daredevil is the Marvel/Netflix flagship, responsible for bringing much of its plot over into The Defenders. But bubbling in the background of the show's second season and the upcoming team-up miniseries are two things: Wilson Fisk aka Kingpin's vengeance against Matt Murdock and Daredevil and Matt revealing to Karen Page his secret identity, both of which portend an adaptation of arguably the most acclaimed Daredevil story ever written - Frank Miller's "Born Again."

With the Hand presumably dealt with in The Defenders, it allows Daredevil to go back to its roots (as much as three year-old series can) with tight focus on its singular hero a la Iron Man 3 post-Avengers. The epic prison meeting between Fisk and Matt, when he ill-advisedly threatened the immigration status of Fisk's beloved fiancee Vanessa, is just a promise waiting to be fulfilled. Same for Page, who now knows Murdock is Daredevil, as it is from her that Fisk also finds out they are one and the same. In the comics, Karen's a drug addict who sells Matt out to get a fix; perhaps here Fisk discovers another secret: that she murdered his best friend Wesley back in season 1 and blackmails her. The comic arc also included the character of Nuke aka Will Simpson, who is played by Wil Traval on Jessica Jones.

That conveniently brings us to the second season of Jessica Jones will come nearly three full years after the first. For all the good of the Netflix shows, that down time is pretty remarkable. That said, she'll obviously be a part of The Defenders, so that's when we'll get to see what she's been up since her debut last November, which ended with her killing Kilgrave, her mind-controlling rapist and tormentor.

A big question for the second season, unless The Defenders deals with it, is how does killing affect Jessica? Granted, she was backed into a corner by a psychopath who wouldn't stop coming after her and her loved ones, but the fact is killing is no joke, no matter the reason.

Returning showrunner Melissa Rosenberg told Esquire in August that she and her team were midway through writing the second season and that what she learned from working on Dexter was to "advance" the character but never "cure" her. Jessica's friendship with adopted sister Trish Walker will take on new importance (leading to Hellcat?) since Luke Cage won't return because of his own show. Speaking of which . . . 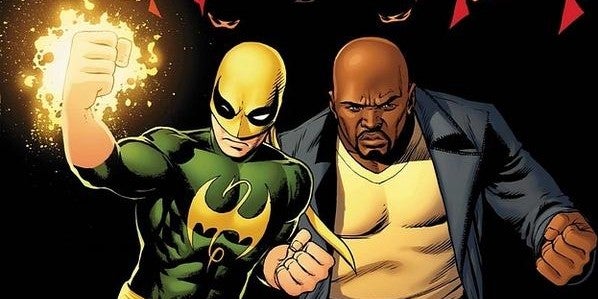 This is obviously the season we know the least about, as the first dropped less than a week ago. But, the season finale and some comments during the promotional rounds give us a rough sense of where Luke Cage could go in a potential season 2 (a virtual certainty that Netflix has yet to announce).

Pop's Barbershop, destroyed a second time by Luke and Diamondback's climatic fight, leads Bobby Fish to say that maybe it doesn't want to be a barbershop anymore. Well, if not a barbershop, just off the top of my head, how about an office for the Heroes for Hire? The concept originated with Luke Cage in the comics, melding private investigation with superheroics, and it's just the thing a working-class hero like Cage would do, especially if his friendship with Danny Rand blossoms in the show as it does in the comics into full-fledged business partner. It would pair nicely with Misty Knight's own "Daughters of the Dragon" partnership with Rand's love interest Colleen Wing.

The heroes will have no shortage of problems to deal with upon returning to Harlem post-Defenders. Without Luke around, Dillard and Shades are set to rule the criminal underworld as partners and lovers while Diamondback, laid out from his climatic fight with Cage, is teased for a powered-up return as Dr. Burstein's next experiment to replicate Luke's powers. Personally, I found Diamondback's villain entertaining but uninteresting, so I have a wilder idea: is it too much to ask for somebody to put Cottonmouth's body in that weird resurrection crypt thing they put Elektra's body in? Sure his face might be a bit messed up now (understatement) but that the perfect tragic irony for a guy who hated being called Cottonmouth. Honestly, I'll take any implausible excuse to get Mahershala Ali back around.

That's a wrap! Let us know what you are looking forward to most in the future of Marvel's Netflix shows in the comments below! For those who liked this article (hi Mom!), here are previous "Heroic Hollywood's Guide To . . . "