A new Iron Studios statue from Wonder Woman 1984 reveals the best look at Kristen Wiig’s Cheetah in the DC sequel.

After Wonder Woman 1984 wowed audiences at DC FanDome with its latest trailer, fans finally got their first full look at Kristen Wiig’s Cheetah in the last part of the footage. And although it was great to see the villain in action, it wasn’t particularly a detailed example of what we can expect from Barbara Minerva. But a new statue from Iron Studios offers a beautifully detailed look at the villain in her full furry animalistic form.

The new Iron Studios statue is priced at $129.99 and will be available from March 2021. The translated description for the undeniably impressive piece teases how Kristen Wiig’s Barbara gets the abilities of the Goddess of the Hunt, which transforms her into Cheetah. Director Patty Jenkins previously opened up about what turns Minerva against Wonder Woman in the film. The statue shows the villain leaping from rocky cliff-base, most likely taken from the scene fans saw in the trailer.

“With her sharp claws, the ferocious feline villain leaps with her superhuman speed to attack her powerful Amazon rival. Barbara is an antiques expert delighted to meet Wonder Woman, which in a mystical way is possessed by the powers of the Goddess of the Hunt, transforming itself into Cheetah, a female humanoid creature with the characteristics of the fastest cat on Earth, with super strength and agile reflexes.”

Take a look at the statue of Kristen Wiig’s Cheetah from Wonder Woman 1984 below. 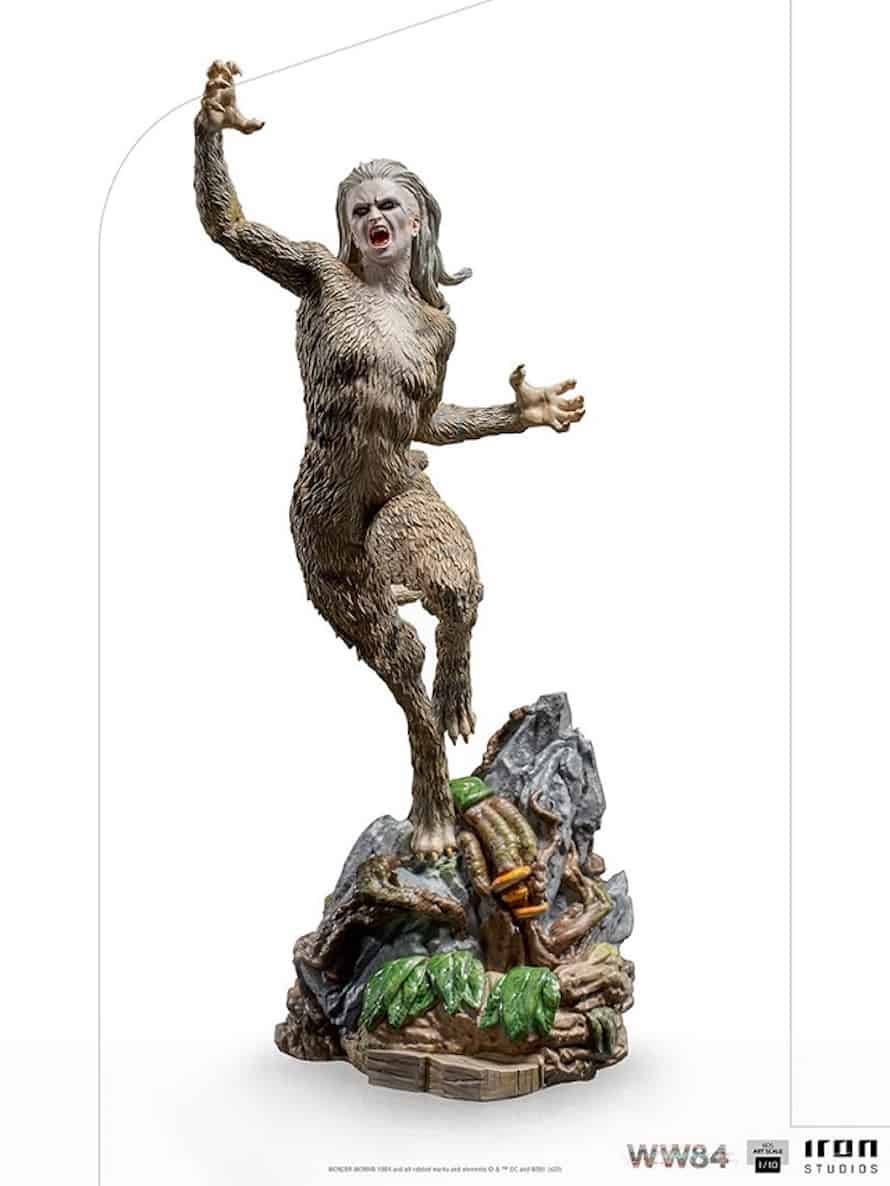 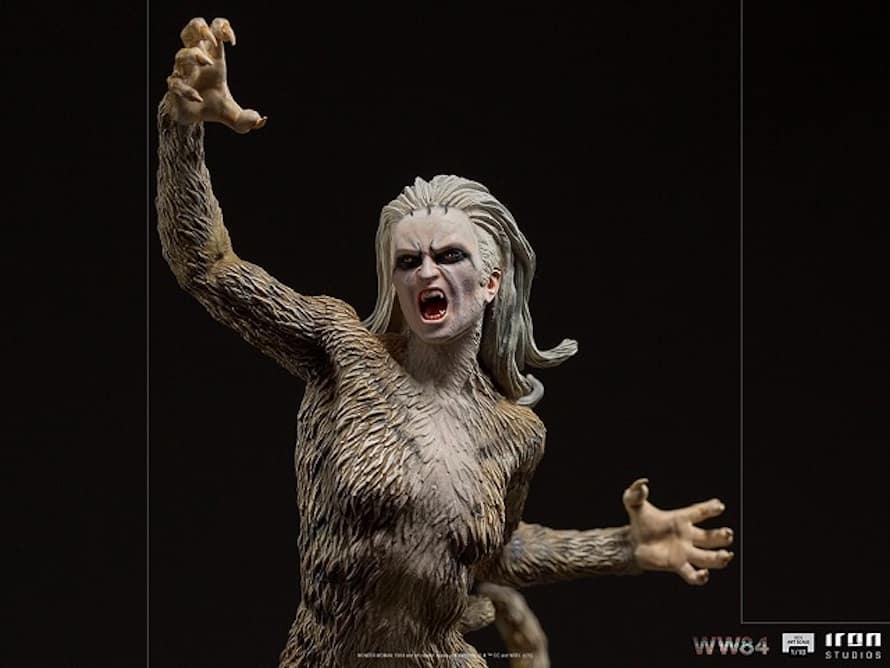 What do you think of Kristen Wiig’s look as Cheetah in Wonder Woman 1984? Do you like the full body design? Sound-off in the comments below!

Wonder Woman 1984 is currently scheduled to hit theaters on October 2nd, 2020. Stay tuned for all the latest news on the movie and be sure to subscribe to Heroic Hollywood’s YouTube channel for more exclusive video content!