Get ready for more aliens and awesome gadgets as Sony Pictures has released a poster for Men in Black International!

Sony officially released a poster for the film early today placing the new heroes front and center. Fans can see Chris Hemsworth, Tessa Thompson and Liam Neeson sporting their black suits ready to fight the threats that may come to their Earth. 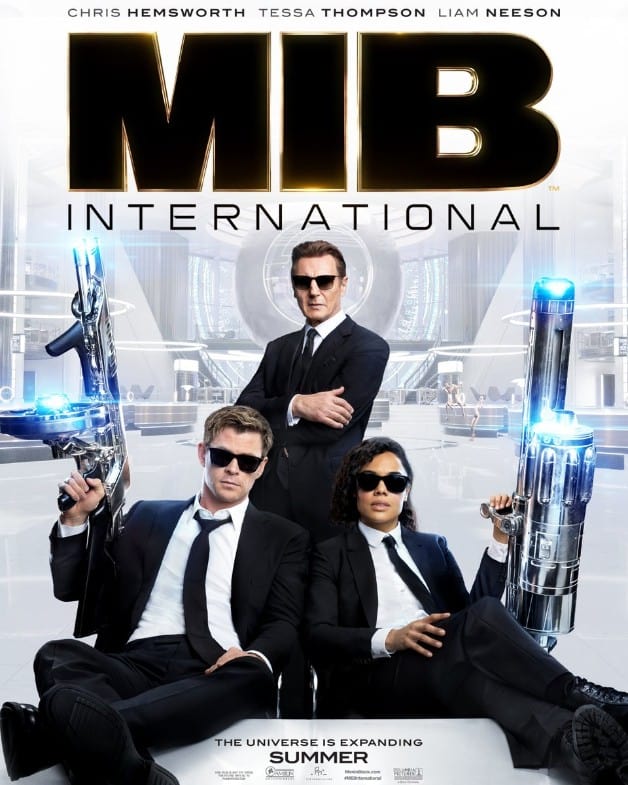 Along with the suits, Chris Hemsworth and Tessa Thompson are holding weapons that seem to share a close design to the weapons that Agent K and Agent J used in the 1997 film Men in Black.

If you look closely in the back, you may also spot a couple of Worms hanging out. If you’ve seen the previous Men in Black films you may recognize them as they would usually be present causing trouble or helping the heroes.

We’ll be sure to keep you updated on all news regarding Men in Black International as soon as more information becomes available. What are your thoughts on the new poster? What characters do you hope to see return? Let us know your thoughts in the comments below!

The Men in Black have always protected the Earth from the scum of the universe. In this new adventure, they tackle their biggest, most global threat to date: a mole in the Men in Black Organization.