An upcoming tie-in novel for Disney’s upcoming live-action adaptation of Aladdin reveals the first look at the design for Aladdin’s iconic turban as worn by Mena Massoud, as well Aladdin’s magical carpet ride with Princess Jasmine, played by Naomi Scott.

The new book Aladdin: Far From Agrabah is written by New York Times best-selling author Aisha Seed and tells a brand new story set within the world of the new live-action reimagining of the animated classic. The cover gives us our first look at the design for Aladdin’s costume as his royal alter-ego Prince Ali. It also teases one of the film’s most highly-anticipated sequences when Aladdin (Mena Massoud) takes Princes Jasmine (Naomi Scott) on a magic carpet ride during the musical number “A Whole New World.” The book releases April 2.

Check out the cover teasing the magic carpet ride between Mena Massoud and Naomi Scott below! 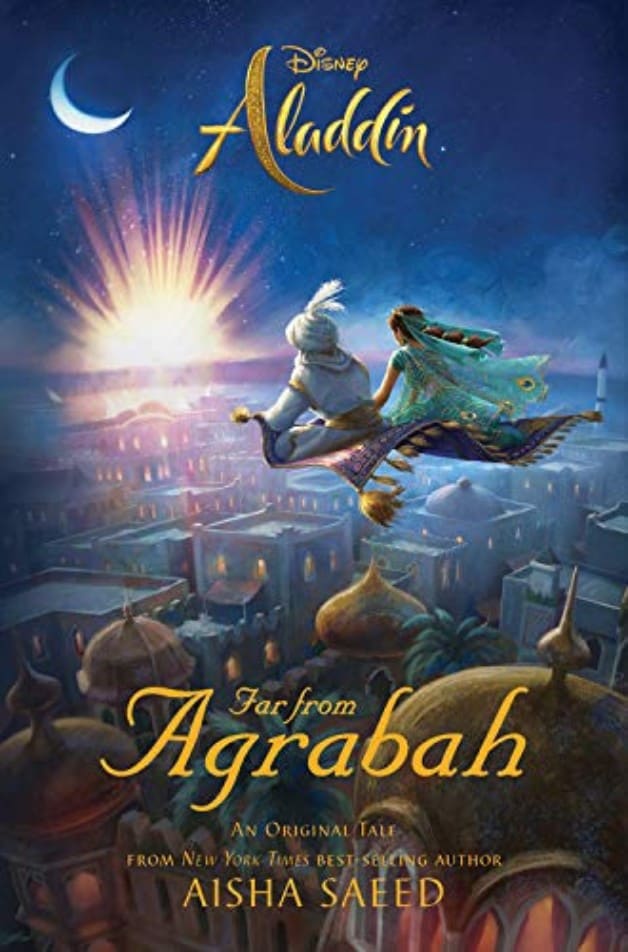 This is our second look at new merchandise from the upcoming adaptation this week. Following the initial reveal of Mena Massoud and Naomi Scott meeting for the first time as Aladdin and Princess Jasmine thanks to Empire. We also got another look at Naomi Scott as Princess Jasmine on the cover for The Magic of Agrabah, a journalistic retelling of Disney’s live-action Aladdin from Rachael Upton.

So what do you think? Are you excited to see Aladdin and Princess Jasmine during the magic carpet ride in the new film? Let us know in the comments below!