Rick Famuyiwa is taking his role as the director of the eventual The Flash film very seriously, if his tweets and Instagram pictures are any indication. The scarlet speedster’s first silver screen solo appearance may actually not be completely solo after all, if Famuyiwa’s latest share to Twitter is to be believed.

It’s been heavily rumored that Cyborg will be making an appearance in The Flash solo film, much like The Hulk will be playing backup to Thor in the upcoming Marvel film Thor: Ragnarok. If there’s one thing that fans eat up, it’s a crossover. Famuyiwa has gone back and forth on the subject, between reports “confirming” Ray Fisher’s involvement in the film, being followed up with a denial of the rumor – which, for clarification, turned out to actually just be a jab at presidential candidate Donald Trump. His latest tweet, on the other hand, is pretty straight forward.

Do you see it? Behind The Flash? Those are almost certainly Cyborg’s feet from one of his Pop! Vinyl figures. Check out the vinyl and compare for yourself: 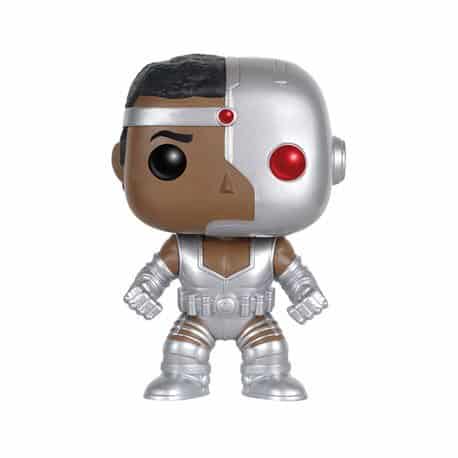 You could argue he’s just there for fun, but superhero directors usually don’t include details like that unless there is more to it. As soon as the post was shared to Twitter, most fans saw it right away and took it as proof positive that Cyborg will be in the film. Although this is far from official confirmation, it is still suspicious to say the least.

Do you want Cyborg to make an appearance in the upcoming The Flash film starring Ezra Miller? Make sure to sound off below.

The Flash is set for a 2018 release date – make sure to stick with Heroic Hollywood for any more updates on the film!