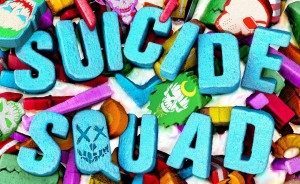 It was a gamble when Warner Bros. picked up Suicide Squad. The unconventional superhero film, centered on more than a few baddies, was vested with an even more unconventional marketing campaign, and it wasn’t immediate clear how this one would turn out. Well, we won’t know for sure until August 5, but if early social media buzz reports are to be believe, it’s going to be pretty huge.

According to comScore’s PreAct, a tracking service which studies digital communication in relation to current-or-upcoming films, the DC property is currently gathering more online attention than any other 2016 film, and that includes Rogue One: A Star Wars Story, Fantastic Beasts and Where to Find Them, Star Trek Beyond, The Secret Life of Pets and Ghostbusters, to merely name a few. And it’s worth noting that these reports come just after Rogue One was the driving force behind a weeklong series of high-profile Entertainment Weekly pieces last week. The film has also earned more attention and anticipation than any film coming out next month by a good margin, which is looking very good for its box office chances. And it’s probably well-earned.

The marketing has been nothing short of exceptional, and even though Jared Leto’s method acting techniques have clouded the film in some controversy, it looks like Suicide Squad might become WB and DC’s first big hit in a good little while — which is much needed after the not-quite-a-flop-but-could-have-done-better Batman v Superman: Dawn of Justice. Of course, these results don’t guarantee that the blockbuster is going to be a runaway success, especially as no real reviews beyond some early fan reactions have hit the web yet, but people are unquestionably talking about the film, and that’s a damn good start, especially with how much money the studio has on the line here.

Are we really looking at this year’s Guardians of the Galaxy? It certainly seems like it. 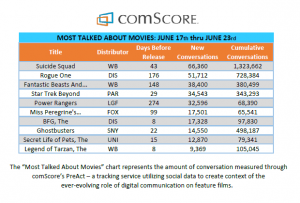