The first official image of Tyler Hoechlin wearing his brand new suit for Superman and Lois when it debuts on The CW in 2021.

As fans of The CWverse eagerly await the arrival of Superman and Lois which kicks off in 2021, the network has revealed the first official look at Tyler Hoechlin’s new Superman costume. Although the series doesn’t premiere until February 23, it’s been in production since October, with set photos giving fans an early peek at Hoechlin’s new costume. The show will explore the Man of Steel and Lois Lane balancing the day-to-day life of managing a family in Metropolis while also going up against villains and inevitably saving the world.

The CW took to Twitter to unveil the new costume, showing Tyler Hoechlin’s hero stood against the backdrop of Metropolis and the Daily Planet. The new design does away with the cape straps, fixing it neatly into his collar. It’s also added in a metallic red belt alongside the angular cuffs. It’s clearly inspired by both the New 52 and the Rebirth eras of the comics and undeniably suits the actor, take a look below. 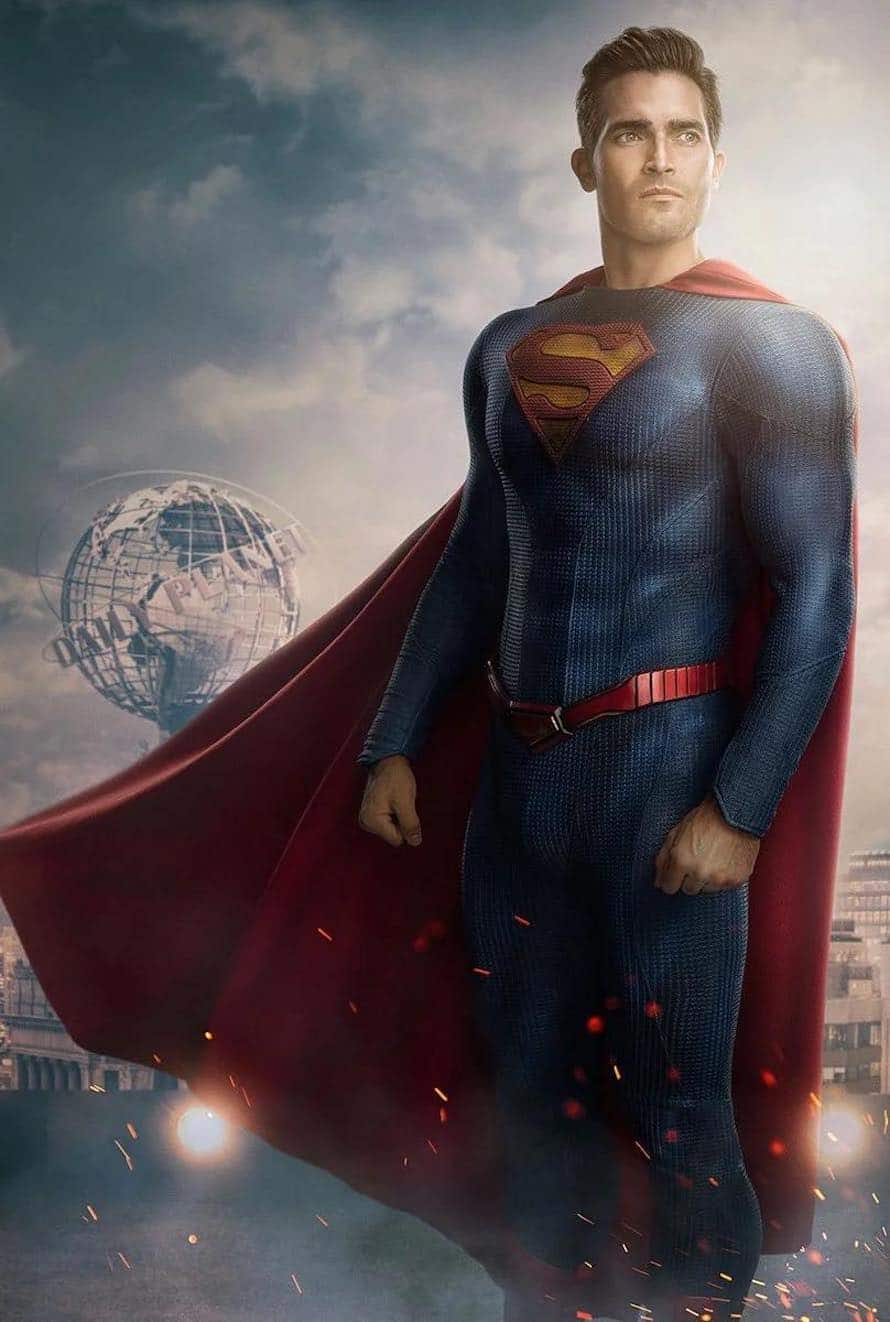 What do you make of the new Superman suit? Are you excited to see Tyler Hoechlin headline his own series alongside Elizabeth Tulloch? Sound-off in the comments below!

Full details on The CW’s Superman and Lois are being kept under wraps. The series is described as revolving “around the world’s most famous superhero and comics’ most famous journalist as they deal with all the stress, pressures and complexities that come with being working parents in today’s society.”

In addition to Tyler Hoechlin as Clark Kent and Elizabeth Tulloch as Lois Lane, Superman And Lois stars Jordan Elsass and Alexander Garfin as the sons of the titular characters, Dylan Walsh as General Sam Lane, Emmanuelle Chriqui as Lana Lang, and Erik Valdez as Kyle Cushing. Written by The Flash’s Todd Helbing, the series will be executive produced by Helbing, Greg Berlanti, Sarah Schechter, and Geoff Johns.

Superman And Lois will premiere on February 23. Stay tuned for all the latest news on Tyler Hoechlin, Superman And Lois, the rest of the Arrowverse, and be sure to subscribe to Heroic Hollywood’s YouTube channel for more original video contention in the future.