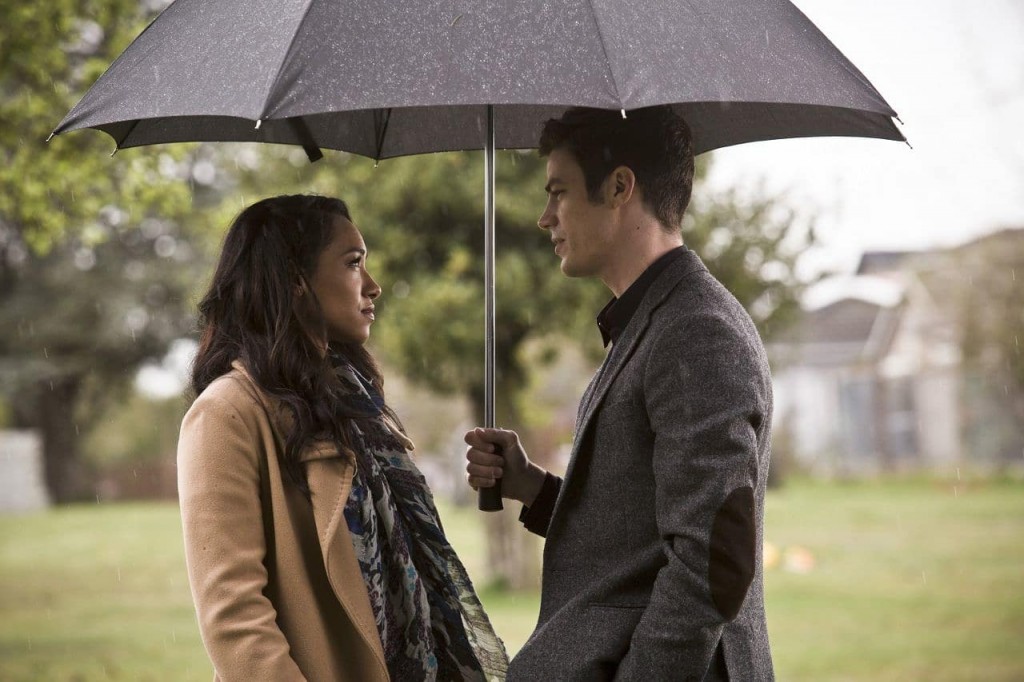 We know that Barry and Iris are supposed to be together. But just like with Ollie and Laurel in Arrow, the show evolved a different way, and we all adjusted. Some of us still like Felicity, even.

But The Flash doesn’t seem content to relegate Barry and Iris to being friends only. To the point where even the characters themselves practically broke the fourth wall this season to comment on how weird it was that they’re always paired up in other universes and timelines. Seriously, that’s essentially why Iris starts to grow feelings for Barry. Not because of his personality or their chemistry (or lack thereof, in my opinion), but because it apparently works for completely different versions of themselves.

Let’s face it. The show runners are trying to force a relationship on us that rings hollow to many viewers, even the characters. But rather than deal with this and let the characters move on romantically, the Barry/Iris relationship is hand waved periodically, coming to its awkward “conclusion” in the Season 2 finale, when Iris confesses she loves Barry, who advises they “do this later.”

That’s the most unique self-awareness I’ve ever come across on a CW show.

Update: I’ve gotten some unexpected feedback on this part of the list, and I admittedly share some blame in being misleading. So let me set the record straight on a few things.

First, I’m not trying to declare my opinion as the best one out there on this. I understand that there’s a huge Barry/Iris fanbase out there, and for good reason. I, myself, was rooting for them in earnest throughout S1, but that specific moment described above is what really took their relationship to a weird place for me. Even if you disagree, the point is that I want this aspect of the show to get better throughout S3 if they’re sticking with it (which I don’t blame them for), and I’m not trying to disparage the coupling at all for any reason aside from my issues with the writing.

Second, I used to like Felicity up until S3 of Arrow, when her character slowly went down a very troubling, uneven road. My only point there was that some people actually still put a lot of value in the Olicity storyline, even though I and many others find it insufferable. That doesn’t take away from the observation that the show improved when they let Laurel and Ollie’s relationship naturally pause, which probably won’t be the case for Barry and Iris, I know.

Last, it’s only fair to point out that many other relationships on the show have been flawed, and arguably more flawed than Barry and Iris. Patty Spivot, in my opinion, was a very boring direction for the season, for example. But because Barry and Iris are so crucial to the comics and show moving forward, I placed more emphasis on their relationship getting better in S3.