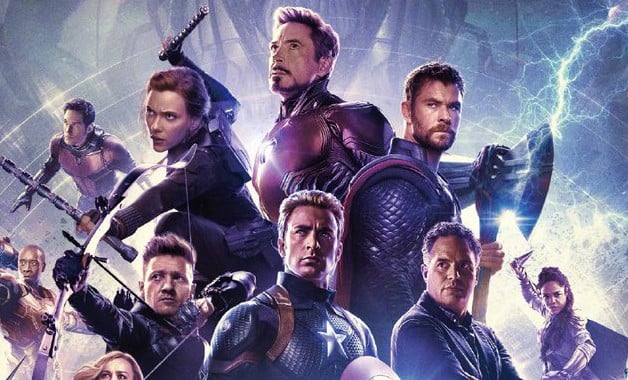 Marvel Studios has announced that there will be a national tour spanning nine U.S. cities in celebration of the home video release of Avengers: Endgame on Digital and Blu-ray. The tour, called the We Love You 3000 tour will feature the film’s directors Anthony and Joe Russo as well as a slew of guests from the Marvel Cinematic Universe greeting fans and thanking them for their support of the franchise.

Marvel Studios released the following video announcing the We Love You 3000 tour, featuring the Russo Brothers giving the special announcement:

Marvel Studios and #AvengersEndgame directors, Anthony and Joe Russo have teamed up to launch the #WeLoveYou3000 Tour. As a thank you to fans, the nationwide tour will feature meet & greets with the Russos, giveaways, and more! Visit: https://t.co/ggirGbtBcq pic.twitter.com/2AeFshSKyx

The We Love You 3000 tour is set to begin at San Diego Comic-Con on Saturday July 20 at 1:15-2:15 p.m. at the IMDboat and will conclude at D23 Expo in Anaheim, CA during the weekend of August 23-25. Other stops include Seattle, San Francisco, Chicago, Torrance, Miami, Minneapolis and Cleveland.

Here is the synopsis for Avengers: Endgame:

Avengers: Endgame will be available on Digital HD starting July 30 followed by a 4K Ultra HD, Blu-ray, and DVD release on August 13.

Following this year’s Avengers: Endgame, the Marvel Cinematic Universe is going to be quite different moving forward and we’ve yet to really get any official details about what’s next. And you know what time of year it is? We’re quickly approaching the biggest geek event of the year, San Diego Comic-Con. And while it hasn’t been confirmed that Marvel Studios will have a presence there, it would be very surprising to see the studio not make their mark in Hall H this summer.

Seriously. It would be weird if Marvel Studios didn’t show up two years in a row. In the meantime though, while you wait to see if you’re going to be spending your night on the cold concrete waiting to get into that panel, we’ve got a few ideas about what Marvel Studios might bring along with them if they do return to Hall H. (Which has all but been officially 100% confirmed at this point. They’re coming guys.)

While Marvel Studios hasn’t officially announced anything when it comes to the upcoming Black Widow solo film, it’s pretty much well known at this point especially since it has already started filming. And with that being the studio’s first release after Phase Three, it’s a safe bet that Marvel will be giving it a big push at this year’s San Diego Comic-Con. And even though the film will only have less than two months of filming done around that time, that really hasn’t been an issue for Marvel Studios in the past. The studio has brought fans in Hall H first looks at films that hadn’t been filming for too long in the past such as back in 2013 when they gave Hall H a sneak peek at the James Gunn-directed Guardians Of The Galaxy, which had only been filming for a few weeks at that point.

It’s currently being reported that Richard Madden (Game Of Thrones), Angelina Jolie (Wanted), Kumail Nanjiani (Silicon Valley) and Ma Dong-Seok (Train To Busan) have all joined the cast of Chloé Zhao’s The Eternals. However, at the moment, the studio has yet to confirm anything about the film other than it’s happening. With cameras getting ready to start rolling on the film later this year, there’s a very good chance that we will learn the full cast of the ensemble film during their presentation at San Diego Comic-Con with most if not all of them being in attendance.

A Film Slate… Of Sorts

Marvel Studios head Kevin Feige recently revealed that the studio had a “five-year plan” for their next Phase of films. We know that the plan includes Black Widow, The Eternals, Shang-Chi, Black Panther 2, Guardians Of The Galaxy Vol. 3 and will likely feature sequels for both Doctor Strange and Captain Marvel as well. Will that plan be revealed at San Diego Comic-Con? It seems very likely. Will it include some news about the Fantastic Four or Silver Surfer? That seems like a real possibility. How about the X-Men? Absolutely not. Please stop asking. Seriously. Just give it some time, okay? And while they will likely announce a slate, it isn’t likely that they will announce everything they’ve got on deck. Not yet at least.

Though it’s more likely that we will learn more about these at D23 the following month, there’s still a very good chance Marvel Studios might give us some information about their upcoming Disney+ projects at Comic-Con. It has been confirmed by the studio that three series will be coming to the streaming service but for the most part, details have remained under wraps about them. With Loki, WandaVision (Yeah… that’s a bad title.) and Falcon And The Winter Soldier getting ready to head into production soon though, we should start learning about them soon and it wouldn’t be too surprising if Comic-Con is when Marvel Studio decides to make their big splash.

Though it’s very likely that Marvel Studios will be announcing the cast for the upcoming The Eternals, that might not be the only casting announcement that will drop in Hall H. Beyond the film being written by David Callaham and directed by Shot Term 12 helmer Destin Daniel Cretton, there isn’t a lot known about the project. That includes who will star as the titular character. While we haven’t heard any names floating around, there’s every chance that they’ve already got someone on board or will at that time and plan to make the big announcement at San Diego Comic-Con similar to how they revealed Brie Larson would be suiting up as Captain Marvel at the end of their 2016 panel.