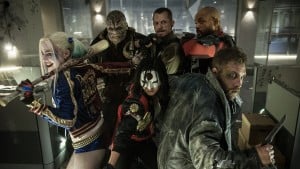 It wasn’t easy making Suicide Squad. Jared Leto alone made things difficult for more than a few cast members. But with the upcoming film less than month away from its release, more details are coming to light. Those details include some pretty intense cast therapy sessions which, according to recent reports, writer/director David Ayer used to terrorize the cast members at their most vulnerable. You don’t make a movie about a bunch of bad guys without delving into some sins of your own.

“He’s been known for getting into the minds of deranged men, and what he did was he got all his actors beforehand on set for six weeks of fight training and choreography training and, of course, these intense group therapy sessions,” senior EW writer Nicole Sperling recounts.

But apparently, things took a turn for the worse the more intimate they got.

“These actors would bare their souls and tell David all their secrets… and then he would turn around and use those secrets on set, and get those actors to give spontaneous performances when they had no idea what was coming at them,” Sterling continued.

Although Leto plays The Joker in the hotly anticipated superhero film, it looks like Ayer is the true prankster of the film. That said, the trickster himself says didn’t expect his upcoming blockbuster to be the most anticipated film of the summer.

Here’s what Ayer had to say on the matter:

Two years ago, ­Suicide Squad was a tertiary [DC property]. No one knew anything about it. It was a cool little playground, and I was going to go make my movie. Now it’s like the hype bus. All of the attention has swung onto it, and it has to carry a lot more weight than it was ever intended to. I think it can sustain it. But it’s a lot of pressure. You definitely feel the pressure.

Hopefully all that torture, anguish, distress and pressure pays off when Suicide Squad hits theaters on August 5. In the meantime, check out the newly released character portraits, new story details, Will Smith’s examination for why he signed onto the film, the cast’s EW covers and information regarding when you can buy your advance tickets. You’ll want to get them sooner than later.