Tom Holland took to Instagram to reveal a new look at his costume in Spider-Man 3 with a sneaky behind-the-scenes photo.

As work gets underway on the currently untitled Spider-Man 3, Tom Holland teased fans with production by sharing a surprising new look at the Web-Slinger’s costume in the sequel. The project has quickly become one of the most highly-anticipated after news that Jamie Foxx is returning to play Electro while rumors swirled that both Tobey Maguire and Andrew Garfield will return as their respective versions of Peter Parker.

Benedict Cumberbatch also recently arrived in Atlanta to work on Spider-Man 3 with Tom Holland, as Doctor Strange will play something of a mentor role for the young hero. Many fans think the Sorcerer Supreme will be the gateway to bringing the previous Spider-Men into the Marvel Cinematic Universe. Unfortunately, the Spider-Man star’s latest photo from behind-the-scenes didn’t reveal any shocking multiversal revelations and instead highlighted the Wall-Crawler’s bright red costume as he relaxed watching golf inbetween filming. Take a look below. 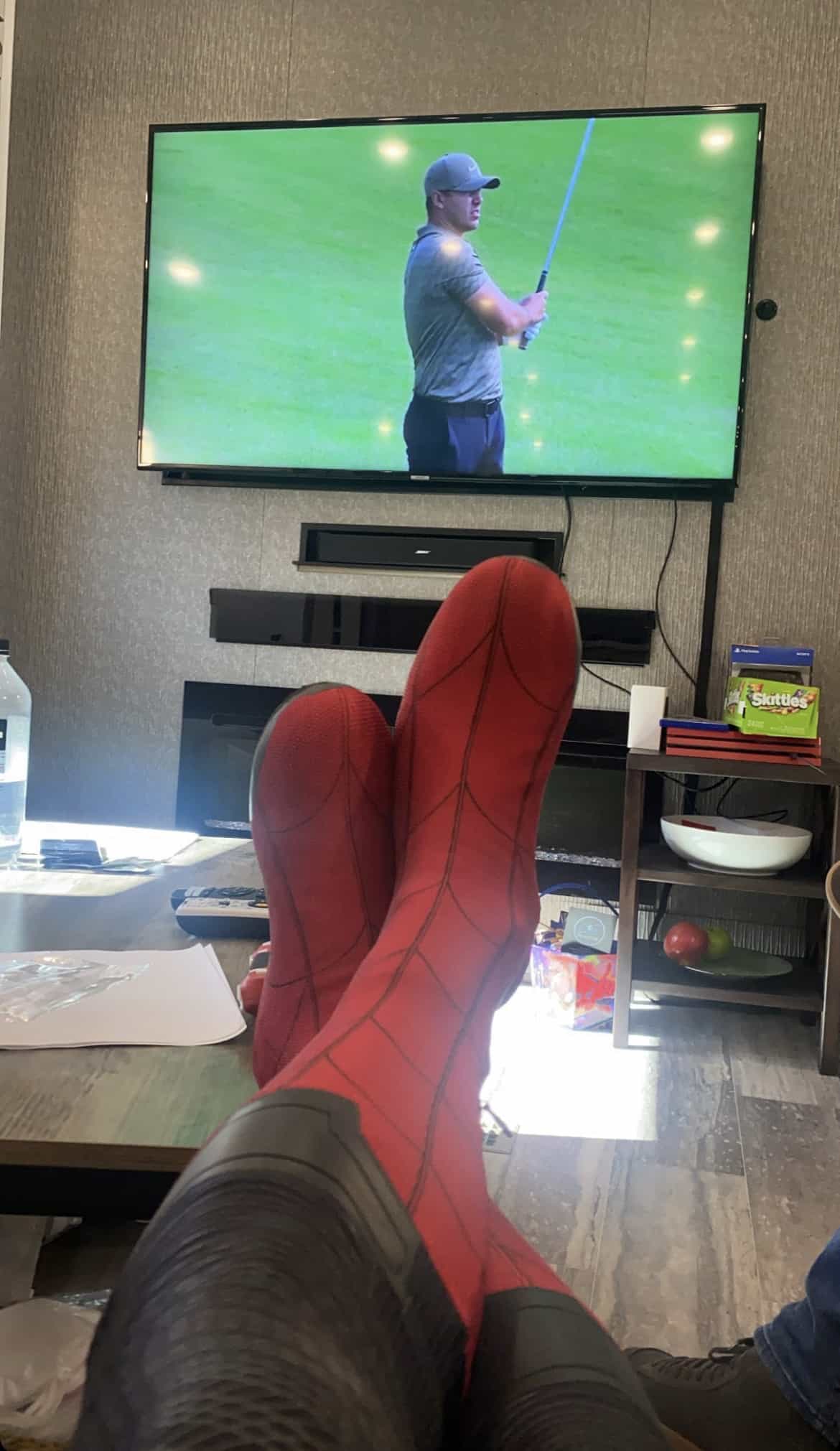 Are you hoping Tom Holland will team up with the previous Spider-Men? What else do you want to see from the sequel? Sound-off in the comments below!

Spider-Man: Far From Home is now available on Digital HD, 4K Ultra HD Blu-ray, Blu-Ray, and DVD. Stay tuned for all the latest news on Spider-Man 3 and be sure to subscribe to Heroic Hollywood’s YouTube channel for more original video content!