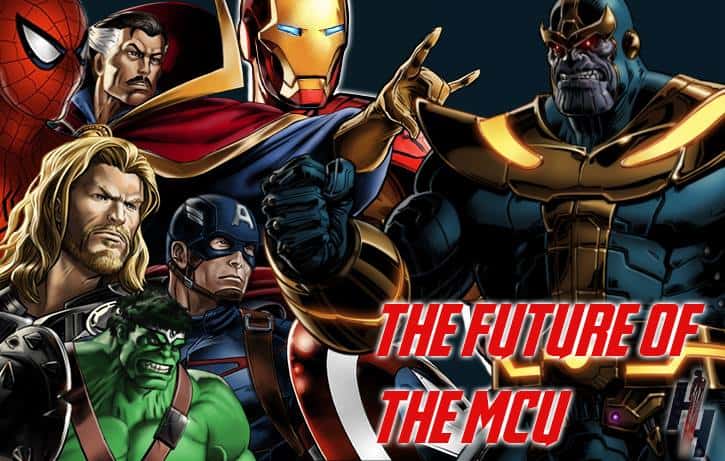 Civil War is finally upon us, with the third Captain America film kicking off the Marvel Cinematic Universe’s aka MCU’s Phase 3 on Friday (on its way to a $180+ million opening weekend). Even behind the scenes at Heroic Hollywood, turmoil rages, dividing us writers into Team Cap and Team Iron Man (seriously, check out the links for some great content).

But that’s not why we’re here today! We’re here today to look ahead at Marvel’s slate from the end of this year all the way to 2020 and beyond, previewing the rest of Phase 3. We’ll even get into the current rumors/speculation about the mythical “Phase 4.”

Wondering about Guardians of the Galaxy 3? When Sony wants a Spider-Man: Homecoming sequel? If Inhumans is going to be made? This is the article for you. First up, Marvel’s second film of 2016 Doctor Strange, a passion project of Marvel Studios’ head honcho Kevin Feige and the introduction of magic into the MCU.

Marvel is smart and they like to pair their huge Avengers-style events with a different solo story, like Guardians of the Galaxy and Ant-Man. Both proved that the Marvel brand is elastic and gave them the leeway to make this trippy film with a director known for his sci-fi and horror films. Combine that background with a trailer full of Inception and The Matrix nods and you have a movie I’m honestly more excited for than I was for Civil War.

The cast is excellent across the board, even if Swinton’s casting caused some consternation. I like how they set up Ejiofor’s Baron Mordo for the sequel (more on that ahead) and I thank the stars Mikkelsen passed on the lame villain role in Thor: The Dark World to become the antagonist here (a rogue sorcerer who gets possessed by Dorammu? Just spitballing). McAdams – whose character remains under wraps – is heavily rumored for an iteration of Night Nurse, perhaps Linda Carter given that Daredevil had to rewrite Rosario Dawson’s Night Nurse-lite character because the showrunner said “the feature side had plans for her down the road.”

Of course, also like those different solo stories, it will be umbrella-ed into the Infinity War build-up, so we can probably expect an Infinity Stone (most likely the Time Stone aka the Eye of Agamotto) to be involved.

For more info and tidbits on every MCU film coming out the next four years, click Next!