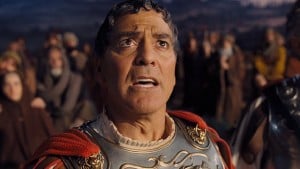 Hail, Caesar! is likely not going to be remembered as classic Coens. It doesn’t have the staying power of their better work, nor the same biting commentary they brought to those films. But unless we’re talking about The Ladykillers, almost every Coens film is worth celebrating in some regard, and their latest is no exception. A loving ode to the classic age of ’50s studio filmmaking, Hail, Caesar! is as agreeable as films come by the directing brothers, filled with a fun array of oddball characters, a fine eye for period detail and an exceptional line-up of A and B-list actors perfectly cast to their respective parts. And while certainly more lightweight than your average Coens vehicle, that doesn’t make it any less funny, or any less clever, than anything they’ve made before.

There are many reasons to check this one out, from its show-stopping musical number led by Channing Tatum to its perfect use of Scarlett Johansson and Tilda Swinton, the latter playing a pair of gossip columnist twins. But if you only need one in particular, I’ve got it for you: Alden Ehrenreich. The future Star Wars actor already proved himself in other films, but this is the one that solidified him as a star in the making. His screamingly funny performance is the absolute scene stealer of the group, which isn’t an easy feat when acting against George Clooney, Josh Brolin, Ralph Fiennes, Frances McDormand, Jonah Hill and the aforementioned Tatum, Johansson and Swinton, but he completely nails it here. There’s never a dull moment when he’s on screen, and if you see this movie and find yourself unconvinced that he can take over for Harrison Ford in his iconic role, you’re dead wrong.

There’s a lot to like about this classic Hollywood movie, but Ehrenreich is chief among them. Even if Hail, Caesar! is about glorifying the past (among other things, of course), it has no problem welcoming the future of the business in the process.