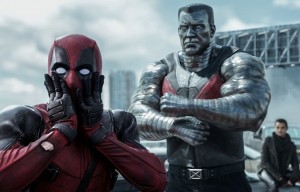 Let’s be honest with ourselves: superhero movies needed a kick in the ass. They’ve grown formulaic, tiresome and a little stale over these past few years, and they could use a little spice in their ingredients. Thankfully, Deadpool was around the corner to shake things up a little bit this year. While we’ve seen four different superhero movies this year (with two more to go, at least), none were as refreshing, as energetic, as engaging, as wholeheartedly sincere, as consistently funny or as flat-out fun as February’s hottest release. Punchy, brazen, warped and filled with maniac energy, the Ryan Reynolds-lead X-Men spin-off was not the most gleefully enjoyable superhero movie in ages, undoubtably, it was the most honest and the most self-aware property we’ve ever seen associated with the genre. Though, that only comes with the territory.

It was a big risk to bring Deadpool to the big screen. We already saw the company fail miserably the first time they tried, inside X-Men Origins: Wolverine, and the Rob Liefeld, Fabian Nicieza-created comic book character isn’t always accessible to a wide audience. But played as both a R-rated parody of the genre, a loving wink to the films we’ve seen inside it before and a film that toyed the line between familiar and fresh, Deadpool became one of the smartest, most frequently rousing and most heartfelt superhero films in years, even if the character himself is decidedly not a hero.

At a time when audiences were clamoring for something with a little more heft, a little more spontaneity and a lot more laughs, Deadpool delivered with a bucket of blood, a ton of bullets and a middle finger spinning to the world. It was inspired where so many other films were tired, it was coarse where so many others stayed tame and it knew exactly what it wanted to be — which is more than I can say for a few other caped vigilante films this year. It truly brought the heat, even if it came out in the dead of winter, and it remains the first, and best, superhero film of the year. Bar none. No offense, Cap.