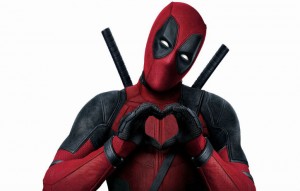 I’ve seen roughly 85 films from 2016 so far. To be honest, I probably liked less than half of them. It’s been a rough year for movies, with only a few stand outs and even less sticking with me. Sure, our pop culture overabundance adds to the problem, but that’s not the reason why too many movies flat-out suck these days. In a time when unwanted remakes, sequels and reboots roam the land, especially with ticket prices skyrocketing and Netflix just a few clicks away, it’s harder to justify a trip to the theater. I get it. But rest assured, there are good movies out there. There are some really good movies out there, in fact, and I’m going to talk about just a few of them right now. Brace yourself. Don’t give up hope. It’ll be okay, I think.

I’m going to give you a breakdown of the best films this year has to offer so far, and they won’t all be ones you’d expect (or maybe even agree with). These are the best of the bunch, the gems in the rough. These are the movies that reminded me that there’s still promise in the cinema, and that I shouldn’t give up just yet. Some of these movies saved me from spiraling into a depression. Some of these movies inspired me to continue pursing my filmmaking dreams. And some of these movies symbolically patted me on the back, gave me a big old hug and warmed my kindred spirit. And that’s what I’m here to discuss.

Although I should stress that, because the year is still young, I haven’t quite seen everything yet. Movies like Midnight Special, Sing Street, Krisha, The Wave, Weiner, The Fits, De Palma, Embrace of the Serpent, Neon Bull and The Birth of a Nation, for instance, remain unseen by my eyes, even though they’re all supposed to be great. Additionally, I still haven’t seen Knight of Cups or The Neon Demon, which various different people have told me deserve to be on both this list and/or my worst list, depending on the source. I can only see so many movies in six months, and these ones didn’t make the cut. Sorry if I let you down, but that’s life sometimes.

Also, while I did enjoy Captain America: Civil War, The Witch, Too Late, The BFG, King Jack, The Meddler, A Bigger Splash and, yes, both X-Men: Apocalypse (gasp) and Batman v Superman: Dawn of Justice (double gasp), I guess I didn’t quite enjoy them enough. None of these bad boys made the cut, but that doesn’t make them any less special. They all deserve some respect, attention and admiration, if not given already. Don’t be afraid to seek them out. Yes, even BvS. And yes, I’m still referring to the theatrical cut, not the Ultimate Edition. I probably should have put that in the movies mentioned above. Oh well.